One of the most amazing features of Election 2016 has been the rise of parallel populist movements on both the Left—with Senator Bernie Sanders’ campaign—and on the Right, with Donald Trump’s campaign. Both candidates have created groundswells of support around their wildly divergent views of the nation’s path forward—support that routinely befuddles the pundits.

And so they should be “fuddled” (?)—the astrological ground beneath our feet is in “wildly shifting” mode, with Uranus and Pluto still squaring off between Aries and Capricorn, and Saturn simultaneously aspecting both Uranus (by trine) and Neptune (by square). Effectively, two mutable signs (Saturn’s in Sagittarius; Neptune’s in Pisces) have unmoored our usual expectations and have harnessed Uranus’ cardinal impulses in Aries to play “52 Card Pick-Up” with our politics.

Not only do these simultaneous, overlapping transits speak to the parallel movements kicking up such a fuss in our politics today, but with Saturn transiting the 1st house of the nation’s Sibly chart (see biwheel below), they also speak to the confusing evolution of our national identity. Namely, before we can judge which individual might best represent America on the world stage at this time, it might help to understand who we are becoming as a people. Perhaps the answer is hiding within these parallel populist movements?

Considering the combined support both campaigns have amassed, it’s clear that a large percentage of American voters feel disenfranchised—simply put, with the growth of globalization and corporate control, they’ve been getting the short end of the stick economically in recent times. Income inequality has been an issue swirling around in our national consciousness since at least 2009, when the Tea Party first took hold, and then in 2011 when Occupy Wall Street so vividly pointed out how our economy has been rigged to maintain the income disparity between the “1%” and the “99%.” The camps may disagree about who’s responsible for the problem, but they agree something has to be done.

What to do, what to do?
What that solution should look like is quite another story—the means trusted by the Left are unpalatable to the Right and vice-versa. The role of government in our daily lives and which government—state or federal—should be empowered to act—is one essential difference. Woven into that difference are diverging viewpoints on the role of the private sector (corporations) versus the public sector in education, control of natural resources and infrastructure, health care, international business/trade, and so on.

Cycles in history
Here’s where the planetary cycles in question come into play. Especially against a backdrop of cardinal Uranus-square-Pluto, both the Saturn-Uranus cycle and the Saturn-Neptune cycles have historically marked times of social and economic change along ideological extremes. In Mundane Astrology, Baigent, Campion and Harvey cite Barbault’s study regarding the Saturn-Uranus cycle’s “right-wing and essentially conservative/authoritarian” leanings. Barbault found it “strongly associated with ‘imperialist’ tendencies and with capitalism” (p. 181).

On the other hand, Barbault and others found that the Saturn-Neptune cycle in history was more left-leaning, promoting “democracy, political changes and reforms…a paramount cycle which governs the development of socialism/Communism” (182). In retrospect, we know that this right-left distinction is anything but clear. In fact, all but the most extreme right- and left-leaning governments in history combine elements associated with both cycles: i.e., even the most libertarian democracy requires law and order; even a flat-out corporate oligarchy requires a minimal social safety net, if people are to buy corporate products.

Depending upon each player’s vested interests, one person’s fascism is another person’s socialism. Simply put, the possibilities are endless and the label is always projected by the eye of the beholder.
Even though most world systems of government embrace a mix of right- and left-leaning elements these days, there is still a core principle at the heart of each extreme that is driving today’s parallel, but opposed populisms. Such extremes have occurred in recent history, of course, and they offer interesting astrological parallels with today’s politics.

On the Right
The first is Adolph Hitler’s establishment in January, 1933 of Germany’s Third Reich (see chart below). This took shape against a Uranus-square Pluto in cardinal signs Aries-Cancer, with Saturn in Uranus-ruled Aquarius, inconjunct Neptune in Virgo. Hitler consolidated his party’s power within Germany and began reaching beyond German borders as the 1897 Saturn-Uranus cycle (beginning at 27°+Scorpio) waned and began fresh in May 1942 at 29°+Taurus.  Hitler’s intense efforts during the latter days of WWII to gather master art works they stole from European Jews, museums and churches into a Fuehrer’s Museum (as recounted in the George Clooney film, The Monuments Men) certainly reflected this new Taurus cycle.

Interestingly, Saturn had also transited opposite Virgo Neptune during 1936 and 1937, and indeed, the rise of Hitler and the Nazi party may have been thwarted without Neptune’s added influence. During this period Hitler built popular momentum for his fascist ideology with vitriolic rants about Germany's victimization (Neptune) at the hands of World War I peace agreements and the ever-present “Others,” German Jews. Needless to say, today’s vicious nationalist, anti-immigrant rhetoric (both here and in Europe) rings a loud historical bell.

On the Left
In the U.S., that same period saw the rise of Franklin Delano Roosevelt as our one and only 4-term president (1933-1945), and—taking office towards the end of the Great Depression of 1929 and seeing us through all but the end of WWII—a major transformative force in the U.S. economy and society. First elected in 1932, his initial campaign featured Saturn moving in and out of late Capricorn and Aquarius—often inconjunct Virgo Neptune, opposite Cancer Pluto and square Aries Uranus. A biwheel for Election Day 1932, set against FDRs nativity, provides many interesting Saturn-Uranus-Neptune dynamics to consider (below):

FDR Venus-Sun and Mercury (Aquarius) are disposed by Uranus rising in Virgo and Saturn in Taurus (conjunct Neptune).  Clearly, the energies of Saturn and Uranus are woven throughout FDR’s chart via dispositor networks. His entire Taurus stellium—Saturn, Neptune, Jupiter and Chiron—square  his Aquarius Sun, blending an idealistic desire for liberating change (and a return to post-Depression social order) with the materially-grounded pragmatism of Taurus (perhaps inspiring his campaign’s motto, “happy days are here again”). Even FDR’s elevated 10th house Moon, dignified in its ruling sign Cancer, is drawn into the Saturn/Aquarius-driven dynamics of his chart by a sextile to Saturn and an inconjunct with Saturn-disposed Venus. Needless to say, his mother and his wife, Eleanor, were very influential in his political career.

FDR Mutable angles, elevated/angular Mars in Gemini trines Mercury in Aquarius; Pluto in
Taurus squares Mercury. Throughout his long years in office, FDR employed the technologies of the day (radio, most notably) for his signature “fireside chats” with the American public. His mutable angles probably lightened the overbearing “fixed” energies in his chart and gave him the ability to adapt when needed. Undoubtedly, both his fixed and mutable energies were essential as he faced not only the challenges of his personal disability (polio), but those of governing through the Depression and World War II.

Neptune-Jupiter-Chiron (Taurus) trine Uranus (Virgo). Easily seen here, Roosevelt was a larger-than-life character who radiated idealistic, but down-to-earth confidence and good cheer, but suffered greatly behind the scenes (Chiron). He was a much-beloved leader to ordinary Americans, who benefitted greatly from the pro-labor policies and social safety net (Neptune) FDR’s “New Deal” created. Predictably, the Republican pro-business class held quite the opposite opinion, but with his determined Aquarian/Taurus nature and the extreme conditions of those times, his programs prevailed and to some extent, are still with us. Significantly for today’s election, reinstating one of FDRs signature banking/Wall Street laws, “The Glass-Steagall Act,” is at the heart of the Sanders platform.

Election AS-Sun (Scorpio) oppose FDR Saturn-Neptune-Jupiter-Chiron (Taurus) and square FDR Venus-Sun (Aquarius).  U.S. presidential elections are always a Scorpio event, so we can be skeptical about the importance of candidate ties to the Election Day Sun and AS (sunrise chart), but in this case, the ties tapped into the areas of FDR’s chart that mattered most for his personality/leadership strengths and his ideological brand of politics.

Election Jupiter (Virgo) conjoins FDR Uranus; Election Moon (Pisces) opposes FDR Uranus, squares FDR Mars-MC. Jupiter effectively “anointed” FDR as the right person for the right time with this “shoulder tap” on his Uranus rising. Jupiter’s boost radiated from this one point throughout FDR’s chart via rulership and dispositorship. The Pisces Moon suggests that voters were responding to FDR’s compassionate, but pragmatic goals for social/economic change.

Election Saturn (Capricorn) conjoins FDR Venus, sextiles FDR AS, squares FDR Saturn, trines FDR Pluto (Taurus) and inconjuncts FDR Mars. Saturn was, in fact, soon to re-enter Aquarius later that month (it first entered in February 1932, retrograding in May and proceeding direct in October); the ensuing transit through Aquarius reflected the difficulties and work laid out ahead for FDR. Dealing with the nation’s banking/business establishment to make his signature reforms required all the Saturnian backbone and fixed mettle he could muster.

Election Uranus (Aries) T-squares Election Pluto (Cancer) opposite Saturn. This amazing configuration cut across the “power” 5-11th house axis of FDR’s chart, with Uranus squaring from his 7th house of partners and enemies. A powerful mandate for reform and social change—not to mention powerful indicators of the coming global conflict—these intense cardinal energies made sure FDR found both important partners and enemies.

Election Neptune (Virgo) trines FDR Saturn-Neptune-Jupiter, sextiles FDR Moon (Cancer) and inconjuncts FDR Venus; Election Neptune inconjuncts Election Saturn. We know that, despite his own affluent background, FDR envisioned a compassionate, bottom-up (Keynesian) economic plan to be a pragmatic solution to the nation’s economic crisis, and Election day Neptune seemed to agree. Election Saturn (inconjunct) was not as enthused with this solution, but FDR possessed the qualities that were needed to carry this plan forward, despite major opposition.


Fast-forward to 2016…
Clearly, if the parallel populist movements of Trump and Sanders do happen to prevail through the primaries and become our final candidate choices this year, we will not be voting for a single candidate, but for a complex ideological package deal of social and economic change. As noted early on, we’ll also be voting for who we want to be as a nation. Clearly, both the left-leaning and the right-leaning change makers depend upon the same astrological factors as they build their support and momentum for November, but as we know, the distortions (Neptune) produced in the process by billionaires (Pluto) can’t help but influence the end result. More on the Establishment “big guns,” Neptune and Pluto, in a future post! 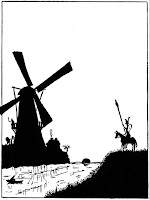