The PBS Newshour featured a segment this week that explored the issue of “truth-telling” among political candidates. When the interviewer questioned why political fact-checking has become so fraught with frustration these days, one of the analysts pointed out that the public doesn’t expect politicians or the media to tell the truth, a point that inspired sighs all around. Simply put, the panel couldn’t really agree whether any of the candidates (not just Trump!) were telling the objective truth about anything—or even if truth is a meaningful concept in politics anymore!

The takeaway point seemed to be that the candidates—and their supporters, for that matter—operate in separate “silos” of their own truths, and trying to challenge their interpretations of reality is futile. This happens, it was suggested, because people seek out their “news” from sources they can count on to spin the stories with their chosen ideological slant, so they are rarely challenged to think outside of their own comfort zones. By this logic, if Donald Trump says Muslims in New Jersey celebrated when the Twin Towers fell in New York, it must have happened—in his brain at least—even though no observable evidence has been found to substantiate this celebration. “This guy told me it happened” is Trump’s signature way of blowing off questioners. Can we have an alleluia chorus of “SATURN-SQUARE-NEPTUNE,” please???!!!

Unfortunately, this malleable approach to reality—a Neptunian phenomenon if there ever was one—undermines our assurance that the world of flesh and bones, sticks and stones is filled with verifiable facts about which all rational human beings can agree and—if we’re lucky—put to good use. Is reality a matter of perception and belief (Neptune)…or a matter of tangible, proveable facts (Saturn)?  With Saturn currently transiting square Neptune, it’s time for humanity to get a grip on this fundamental clash: as the participants of the COP21, the climate change conference now underway in Paris warn, there is a lot riding on the answer. With no overstatement, French president Francois Hollande hailed the importance of the conference: “never have the stakes been so high because this is about the future of the planet, the future of life.”

So, are the folks attending COP21 (chart below) merely playing “Chicken Little” with the rest of us? Are they simply deluded by the thousands of scientists who point to their tons of research data and say NOW’s the time to radically reduce greenhouse gas emissions, or else? No matter how many rooms full of evidence scientists amass, those with “eyes to see” the need for action and change will see it, and those without such vision (or with alternative, clashing visions they don’t wish to relinquish) will not. Saturn-square-Neptune has something to say about this.

Accepting responsibility (Saturn) for a collective vision (Neptune) implies an acceptance of change that severely challenges the worldviews and belief systems (Neptune) of many. Didn’t God give us the Earth and all her resources to do with what we will?  How dare Big Government tell me what gases I can spew and what I can’t? Shifting to a clean energy economy will cost jobs (in dirty energy sectors, yes); we reserve the right to cut the job rolls for other reasons.
Isn’t all this chaos in the Middle East just a Sign the whole shooting match is about to end with a final, apocalyptic bang, anyway?  In fact, the most insidious threat to collective action against global warming is the mounting threat of terrorism-inspired war, apocalyptic or not. Here’s where such global catastrophe becomes a self-fulfilling prophecy (also Saturn-Neptune related): the less hospitable the environment becomes, the more refugees there will be seeking asylum elsewhere; the more refugees, the more unrest, as we’re seeing quite vividly.

There are no magic wands (Neptune) to fix the carbon-intensive economies we have created—there’s simply no substitute for the hard work (Saturn) needed to make the transition to clean energy policies and practices. Saturn and Neptune offer a positive solution going forward, suggesting we have to consciously choose the reality (Saturn) we wish to manifest (Neptune) for the future of this planet. This, in a nutshell, appears to be the agenda of COP21 (see chart discussion below). In my humble opinion, the negative Saturn-Neptune alternative is to stand by passively and be sucked into a no-exit, apocalyptic vision.
With that in mind, let’s consider some highlights from the chart for the COP21 conference (for a rundown of proceedings, one good source is the Brookings Brief analysis).

Sun-Saturn combust (7°+Sagittarius), tightly square Neptune. Moon (Leo) trine Sun-Saturn. Not surprisingly, reports about the conference thus far have been optimistic and we can see that here. The conference leaders and negotiators (Sun-Moon) seem to be in accord (trine) about the job that needs to be done. There is also broad consensus that the wealthier countries—the biggest carbon emitters—must carry the heaviest responsibility (Sun-Saturn) for the needed changes. The Leo Moon is also disposed by the Sagittarian Sun, adding passion and determination to the proceedings, not to mention an ability to adapt (mutable Sag) that may bode well for negotiations. The fact that the agreements resulting from the conference cannot be legally binding is also reflected in Neptune’s square to Saturn—Neptune prefers vague, fluid “commitments” and avoids being pinned down at all costs.

Jupiter (Virgo) trines Pluto (Capricorn) and inconjuncts Uranus (Aries); Pluto t-squares Uranus opposite Mars-Venus midpoint (Libra). A conference featuring the leaders of 189 countries is bound to be saturated with grandiose rhetoric and a bit of megalomania—Jupiter trine Pluto accounts for that. In earth signs, however, this duo may inspire more concrete deal-making among the conference participants. Tangible outcomes are likely and a great number of financial commitments may be made; dangerous liaisons formed in over-enthusiastic moments are also a possibility (Uranus opposite Mars-Venus midpoint). Resulting positives could also be undermined by Uranus’s inconjunct with Jupiter, as both Virgo and Aries are concerned with the likely build up of military commitments against ISIS.

Even though the conference was hailed by President Obama as a repudiation of terrorism’s power in the world, these military matters undoubtedly factor into the discussions: Uranus’s ongoing square with Pluto provides the tense, “get this right or else” context enveloping the whole proceedings, and points to how the challenges of terrorism and climate change are interwoven.  Domestically, it speaks to the ongoing clash of powerful interests that stops the U.S. from being a climate change leader.

Mercury (Sagittarius) t-squares Jupiter opposite Chiron (Pisces). This aspect certainly informs the high-flown rhetoric we’ve been hearing from the conference, but it also reflects one of the more serious issues the conferees are negotiating—how to help the less-developed nations make the transition to clean energy economies. Many of these nations are experiencing the severe effects of global warming already, even though they emit far less carbon into the atmosphere than developed countries do. The natural resources and environments of many of these countries have been exploited (Chiron) for the sake of globalized business, as a consequence of debts owed the IMF and World Bank, and so on (Jupiter’s broad reach).
Even though I think we should be taking our cues from the scientists when it comes to climate change, it doesn't take a scientist to see the human consequences of all these pressures thrust upon vulnerable populations. These pressures—along with the violent competition for resources (Uranus-Pluto) that complicate these situations—are simply fueling the massive migrations we’re seeing. Such migrations are reflected in the Sagittarius-Gemini axis of the chart’s t-square, so logically, helping these countries recover their environments could go a long way towards calming the migratory impulse.

Finally, set for noon, the chart angles for COP21 are 29°+Capricorn (AS) and 28°+Scorpio (MC), which certainly fit the grand scope of the proceeding’s economic and political agenda. In sextile aspect, these angles hold out hope that an agreement can be hammered out that is both fixed (Scorpio) and has the gravity (Capricorn) of commitment. Saturn and Neptune will continue to render any commitments more malleable than the situation warrants, but some progress is better than none. Not surprisingly, there’s a connection with the U.S. Sibly chart here—our Pluto falls at 27°+ Capricorn—suggesting that this conference will confront us with a fateful challenge. We can hope that by the time transiting Pluto returns to this point in 2022, we can get our act together. 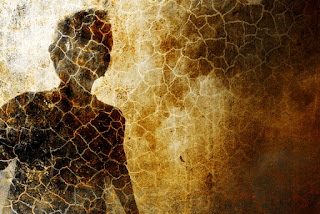 Posted by Raye Robertson at 10:33 AM No comments: