More on Pluto's Return & Other Cycles to Watch

Pluto’s transiting return to its 27°+Capricorn Sibly position, first exact on February 20, 2022 (outer wheel, biwheel below) is not happening in an astrological vacuum, but within the context of interacting outer-planetary cycles that together produce the collective reality we will experience . It’s as though the “picture” capturing that return is slowly developing in a soup of outer-planetary “chemicals” and is materializing as we approach that timeframe.

I’ve offered some thoughts on the significance of this event in the two prior posts (“Pluto Returns to Roost” and “The Big Bad Wolf Comes A-Knockin’”); here, I’m hoping to fill in some blanks about the planetary cycles we will want to be aware of between now and that return point in 2022.

Some of these cycles (detailed in Table 1 below) have already begun and are still in progress (as noted by an * after the “1st exact” date). Any new cycles beginning before Pluto returns in 2022 are listed below those still completing. Also noted with each cycle are the major aspects the cycles formed at their inception to the Sibly chart (thus pointing to important possibilities). Following the table below, I’ve offered some preliminary thoughts on these cycles—your input is welcome!

Thoughts on these cycles

Jupiter-Pluto
Associated with overblown power ambitions, the present Jupiter-Pluto cycle began at the highly sensitive Galactic Center (GC), in Jupiter’s home sign: megalomania (a pitfall of this duo) dies hard, but it is likely to hit a high point before the new cycle starts in April, 2020 that says “enough is enough.”

The current “income inequality” debate raging (a national and global issue, with the top 1% globally said to own 50% of the world’s wealth) may, indeed, be the hot topic of this cycle because it speaks to the excesses of this cycle. Though the cycle began at a point sextile to the Sibly Moon (ordinary citizens and their concerns), the cycle hasn’t offered the broad “golden opportunity” we might have liked—a return to better employment figures, yes; real prosperity, not so much. Chances are the sextile has been outweighed by heavier aspects we’ll discuss ahead.

In any case, the tone of the income inequality debate has taken a serious turn since early 2011 at the square phase (during our “jobless recovery”), and has escalated through its trine (Taurus Jupiter-Capricorn Pluto) and inconjunct phases (Leo Jupiter-Capricorn Pluto). The issue now promises to be a key issue in Election 2016. By nature, Jupiter and Pluto are more concerned with the growth and control of wealth than they are with equitable economics—i.e., spreading the wealth through decent wages and benefits—which perhaps explains why the economy’s robust growth since the “great recession” has primarily benefited the “1%.”

Jupiter-Neptune
The 2009 Jupiter-Neptune cycle began conjunct the Sibly Moon, which probably undermined some of the opportunity promised to the Sibly Moon (people) by the Jupiter-Pluto cycle: our national ideological assumptions have certainly been changing, and while this duo has its light moments, it hasn’t all been for the better. One retired senator recently noted there’s been a real “sea change in Washington”—apt symbolism for this cycle. Jupiter unleashes and amplifies whatever forces it allies itself to, including environmental crises (several, with increasing frequency) and mass migrations—both in Neptune’s wheelhouse. The latter issue hit home with a steady stream of Central American child migrants seeking refuge in the U.S. in 2014, during this cycle’s trine (Cancer Jupiter-Pisces Neptune) and inconjunct phases (Leo Jupiter-Pisces Neptune).

Economic and territorial insecurities (a pitfall in any Neptune cycle) raised the debate over immigration to a shrill pitch during that 2014 period, with no real resolution today. Jupiter may have helped exaggerate such insecurities to the point of paralyzing rational action. “Build a wall” has been an appealing mantra in these times because—whether perceived or actual—the Neptunian erosion of boundaries has stimulated fear and in some cases, a troubling return to xenophobia (both here and abroad). The challenge of human migration continues worldwide (a story for another day) and will hopefully force sane immigration policy reforms before this cycle closes out. Unfortunately, the insecurities raised by this cycle have amplified the keen disillusionment so many feel with Washington D.C. today, making the business of government all the more difficult.

Chiron-Neptune
Though not a conventional outer-planet cycle, it’s worth noting that Chiron and Neptune joined forces within 4 degrees orb of the Sibly Moon through much of 2009-11. This mirrored the period between 4/1762-1/1765, when Chiron transited the same point, opposite Neptune in Leo. In that cycle, the vision of liberty (Aquarius) transcended the vision of monarchy (Leo) and caught on—to repeat John Adams’s words, “in the minds and hearts of the people.” The 2009-11 return to this point by both bodies perhaps inspired the passage of the Affordable Care Act (a more compassionate, if not perfect approach to health care) and the outpouring of support for both the Tea Party (2009 inception) and the Occupy Wall Street (2011 inception) movements. The clash of these movements’ opposing ideologies—at the heart of our national gridlock and sure to be a focus of Election 2016—ripped open an old wound (Chiron) inherent in American consciousness and politics. Do liberty and equality work hand-in-hand in American democracy or don’t they?

Jupiter-Uranus
The Jupiter-Uranus cycle initiated in 2010 at 0° Aries may explain the overwhelming shift to Republican control of the House in the midterm elections, and some of the early enthusiasm for rebellious candidates like Ron Paul. Uranus is thought to lean to the right politically, and this cycle has allowed newly elected super-conservatives (now known as the “Freedom Caucus”) to gain a foothold in Congress. Both the Tea Party in Congress and those idealists on the left (Occupy Wall Street’s territory) want a new social contract—they just don’t agree on what the contract should say.

The lines of battle were certainly drawn during the controversial passage of the Affordable Care Act, which could be considered a social contract revision, if not “rewrite.” It affirms that healthcare will (with some unfortunate exceptions) no longer be treated as a privilege, but as a consequence of citizenship. The magnitude of this change is starting to find its way into national health statistics at this writing. The Act was argued and debated through 2009 and signed into law on March 23, 2010, as Jupiter was closing in quickly on Uranus to begin the new cycle. Not surprisingly, it was immediately challenged in the courts (social contracts don’t get rewritten that easily), but it was upheld by the Supreme Court in a highly controversial decision on June 28, 2012. Saturn and the Moon were conjunct in late Libra, trine the Sibly Moon the day it was upheld.

Saturn-Neptune
This cycle could well be seen as the "quagmire" cycle: earth (Saturn) + water (Neptune) = mud! This "mud" can be considered literally (witness the treacherous mud slides in California in today's news), or figuratively, as in "clear as mud"--an apt description for the opaque, irrational nature of so many policy quandaries the nation faces today. Beginning opposite our Sibly Cancer positions (Venus, Jupiter, Sun), this cycle relates to the many passive aggressive ploys used to produce gridlock in Congress (i.e., attaching impossible conditions to bills so they will be dead in the water). As the current final square (Sagittarius-Pisces) is getting underway, with Saturn inching towards the Sibly ASC and Neptune holding court in the 4th, more attention from both parties is being directed to the dangers of such obstructionist tactics.

Saturn and Neptune clearly evoke fear and insecurity about the erosion of boundaries, and with these emotions comes power to those who know how to use it. In this way, this cycle--which will find both Saturn and Neptune in Pisces for a stretch--will continue to figure into our public affairs and policies, especially about immigration (crossing borders) and the environment. Water, oil and natural gas issues, especially as regards regulations and territorial concerns, will likely surface.

Saturn-Pluto
Incredibly, a new Saturn-Pluto cycle begins within 8° of Sibly Pluto, just 2 years before Pluto’s return. Out with the old—the old social order begun at the Libra Saturn-Pluto conjunction in 1982—in with the new Capricorn reality, that is. This cycle should act upon (cardinal inception) whatever the other cycles have wrought from 2007 to 2020. With the cycle beginning at a point roughly square to the 1982 cycle’s late Libra conjunction, renewed power structures and a new social order that challenges the social agenda of the 1980s will be on the agenda. Policies impacting natural resource conservation and management will be highlighted.

Launching in the Sibly 2nd house of big finance and national values, this cycle could see pressure to dismantle the Federal Reserve and seriously reform our current election system. It’s also possible our financial system will be seriously re-regulated by that time, to prevent meltdowns such as we saw in 2008 and to “unstack the deck” disadvantaging the middle class. The environment and stressed natural resource reserves could weigh heavily on public policies affecting immigration, and on the nation’s willingness to wage and support foreign wars. This cycle may help restore public confidence in the “American Dream” (trine to Sibly Neptune), but the usual media “spin” (opposition to Sibly Mercury) will also be a continuing factor, so the reality may fall short of the illusions.

Jupiter-Saturn
The 2020 Jupiter-Saturn conjunction at 0°+Aquarius should be a blast of fresh air. As a “Mutation Conjunction,” (the first of a long series of Jupiter-Saturn cycles in a new element), this cycle will serve to fundamentally reorient society and implement Saturn-Pluto’s “new order.” The so-called Aquarian Age should start to feel like it’s arrived at this point, although it may not resemble the original vision. New ideas and possibilities will manifest in technology, space travel, the sciences, communications and social relations. Also launching in the Sibly 2nd house, these technical and social developments will work to regenerate the nation’s economy for the new Pluto in Aquarius generation to come, beginning in March, 2023. 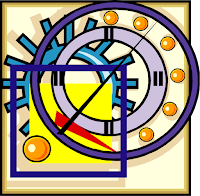