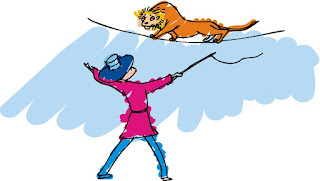 --"And Now, for Something Completely Different"
Monty Python’s Flying Circus, 1971

What follows is a look backward and a look forward—back to an article I wrote for The Mountain Astrologer’s June/July 2005 issue; forward to a reconsideration of the often ignored “Gen X” generation I wrote about there, and to the dilemma of one particular son of that generation—Edward J. Snowden. First, a few words about the generation itself.

This astrological cohort was born as Pluto transited Libra between October, 1971 and November, 1983. The oldest among them is now 45 and the youngest 33. Astrology studies generations according to Pluto signs, and although the time frames that result usually differ a bit from mainstream sociological studies (generally 1967-early 1980s is considered Gen X), the characteristics uncovered by both disciplines are remarkably similar.

I noted in 2005 that the Libra generation was born in proverbial “interesting times:” in 1971, the Vietnam war was still escalating, although the tide was slowly turning. Richard Nixon was playing “Ping-Pong” diplomacy with the Chinese Communist government—if we couldn’t “win” in Viet Nam, or erase their influence in Indo-China, we were at least going to pry open their markets for our corporations!

The Watergate scandal was on the horizon because Election 1972 was even dirtier than Election 2016 is proving to be. What 1972 lacked in openly despicable rhetoric and tweetstorms, it made up for in “cloak and dagger” maneuverings and paranoia. Our confidence in American politics and government officials took a severe bruising then—lampooned so cynically (and hilariously) by the humor of the times, with Monty Python's Flying Circus and others. Perhaps, in fact, we’re seeing the fall-out of those times in this election.

Our Gen X kids thus grew up with that toxic political atmosphere poisoning any sense of national unity in America. As young adults, their Boomer parents had witnessed the “dark side” of politics with Viet Nam—echoed for PLs in their rude “coming of age” reality on 9/11/2001 and what followed. While many PLs marched in Washington, D.C. to protest the coming wars (something I witnessed twice with my PL sons), the military ranks for both the Afghanistan and Iraq conflicts were also filled by their numbers—both PL men and women. They are a generation that wants to be part of the solution, not part of the problem. 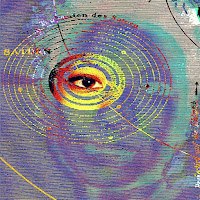 Female warriors were built into this generation’s pop-culture DNA: Star Wars character Princess Leia was quite a fighter, even if being a “Jedi” would have to wait for the next generation’s episodes, and female kung fu fighters were all the rage, if you believe the Kill Bill series during that period.

In Afghanistan and certainly in Iraq, these young adults gained their own first-hand, deeper perspective on the horrors of war and politics—perhaps one reason the PL generation hoped for fundamental change with Barack Obama in 2008. Computer genius and ex-CIA and NSA technology specialist, Edward Snowden, reportedly voted for a third party that year, but he hoped nonetheless that Obama would correct the government’s “dragnet” access to everyone’s personal information—no warrants needed. This was his experience at the CIA and the NSA.


Snowden became intensely disenchanted very quickly (as perhaps Obama himself did, once he learned his new job), but Snowden, as we know, put his discontent to controversial, life-changing use. Here’s a quick introduction to his very complicated work history from Wikipedia:

“Edward Joseph Snowden (born June 21, 1983) is an American computer professional, former Central Intelligence Agency (CIA) employee and former contractor for the United States government who copied and leaked classified information from the National Security Agency (NSA) in 2013 without prior authorization. His disclosures revealed numerous global surveillance programs, many run by the NSA and the Five Eyes Intelligence Alliance with the cooperation of telecommunication companies and European governments.
In 2013, Snowden was hired by an NSA contractor, Booz Allen Hamilton, after previous employment with Dell and the CIA.[4] On May 20, 2013, Snowden flew to Hong Kong after leaving his job at an NSA facility in Hawaii and in early June he revealed thousands of classified NSA documents to journalists…”

According to this same account, on June 21, 2013, Snowden was charged by Obama’s Department of Justice with violating the 1917 Espionage Act and stealing government property—charges that could carry a long prison sentence. He then fled Hong Kong, but became stranded in Russia, where after living in the airport hotel for weeks, he was granted 3 years asylum. He remains somewhere in Russia today, but unless his asylum is being extended, he’s probably looking for another refuge, or hoping to come home.

In fact, The Guardian.com reported on September 13th that Snowden is hoping—and trying to make a “moral case”—for a presidential pardon before President Obama departs office. Snowden argues that “I think when people look at the calculations of benefit, it's clear that in the wake of 2013 the laws of our nation changed. The [US] Congress, the courts and the president all changed their policies as a result of these disclosures. At the same time there has never been any public evidence that any individual came to harm as a result.”

Snowden’s argument “threads the needle” of ethics very carefully: he hopes to qualify for a pardon because—even though his actions may have looked like crimes at the time, over time they have proven to be a conscientious, beneficial exception to the rules. This is a well-reasoned intellectual stance that reflects his natal chart’s intense Gemini-Sagittarius oppositions. If any president would pardon him, we might expect a rational intellectual like Obama would be the one, but there’s more at play in the end than cool logic.

For insights into the possibility of a pardon, let’s briefly consider Snowden’s natal and progressed charts (progressed for Election Day, since that’s the approximate time these pardons typically happen) against Barack Obama’s natal chart:

First a word about whistleblowers

In her study of the charts of so-called whistleblowers in history—including Edward Snowden—astrologer Mandi Lockley has found a correlation with natal aspects to the Galactic Center (GC)—the massive black hole at 26°-27° Sagittarius. Please refer to her wonderful article for details on this interesting find and for her compelling argument about the GC’s importance in the “truth-telling” dimension of our society. I have studied the connection between the GC and prominent U.S. politicians—especially our revolutionary forefathers. Suffice to say here, the ties are fairly uncanny.

Interchart T-square: Snowden Sun-Node-Mars (Gemini) opposite Neptune (Sagittarius)-GC squares Obama Mars (Virgo). We can’t miss the startlingly tight connection between Snowden’s Neptune, the GC and his South Node, and their opposition to his Sun-Mars-North Node. Snowden was clearly born for the aggressive (Mars) “truth-in-information” mission (Gemini-Sagittarius) he took on, and with his Gemini Mercury opposing Sagittarius Jupiter-Uranus, his computer skills provided the obvious path.

Mercury rules his Gemini-rising chart from the 12th house, reflecting the results of his mission thus far: virtual imprisonment as an exile. If the film account of his story is accurate (and not just “Hollywood”), having top secret security clearance is a very isolating (12th house) prison in and of itself. 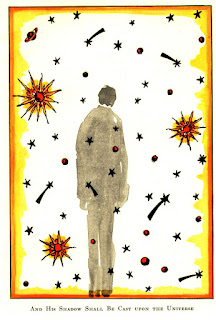 The t-square to Obama’s Mars here suggests that the president is between the proverbial “rock and a hard place” in regards to a Snowden pardon. These so-called "lame duck" pardons weigh heavily in a president’s legacy, so Obama’s faced with leaving office under a choice of “clouds:” if he pardon’s Snowden, he will appear “weak” to those who believe national security provides carte blanche for wide, sweeping privacy intrusions (“the ends justify the means”); if he doesn’t, he will further disappoint those who believed his presidency would strike a better balance between civil rights and security.

Virgo is the sign ruling the military, so Obama’s Mars does not like to appear weak (a vulnerability Trump likes to exploit). And, even though Obama seems to be an essentially compassionate person, his Scorpio Neptune—widely conjunct Snowden’s natal Moon, suggests that he is comfortable with subterfuge in the service of higher goals. There’s a Faustian trap here, of course—who gets to decide what the “higher” goals are, and to what extent are those goals enmeshed with lower, less honorable goals? The film does a good job of depicting the entangled priorities our security services are called upon to serve.

Snowden’s Moon-Venus square (Scorpio-Leo) perhaps explains why he felt drawn to security-oriented positions after his brief military stint—he “gets” the need for information-gathering, but he has a love-hate relationship with the idea.

Besides, Snowden’s progressed Sun has only recently moved out of security-oriented Cancer into Leo—not a bad time for a “film debut,” even if (as reported), the film’s production wasn’t a very comfortable experience for this essentially shy young man.

Snowden Progressed Moon (Capricorn) conjoins Obama Saturn (Capricorn) and sextiles Obama MC (Scorpio). The connections seen here provide Obama with an opportunity to exercise his Scorpionic mission (MC)—security, and tracking down threats—by punishing Snowden (Saturn-Moon). There is, however, a small chance that Obama’s 7th house Virgo Pluto—disposing his Scorpio MC—will respond to its conjunction with Snowden’s Progressed Venus (Virgo) by extending an olive branch. Unfortunately—in the nature of Pluto—it may be an olive branch with “strings attached.”

Election Day Venus (chart not shown) conjoins Snowden’s South Node-Neptune-GC, suggesting that Snowden’s mission will be “blessed”—the film may certainly speak to that. It’s good to have friends like director Oliver Stone—a sort of whistleblower in his own right, with a long list of exposé-type films to his credit. The question is, will Obama feel free to extend clemency during these challenging times of terrorism and cyber-hacking?

He might feel inclined to, if he follows the lead of his natal Leo Node-Uranus conjunction tightly trine to the GC, but election results and the mood of the nation will undoubtedly weigh into his decision. If documents Snowden handed over to journalists continue to be leaked before Obama finishes his term, the possibilities for a pardon seem slim. Snowden’s Chiron (Taurus) opposite Obama’s MC (Scorpio) reflects the added possibility that Snowden could become the wounded “sacrificial lamb” that Obama’s national security goals mandate.

So, Snowden may not directly experience the olive branch mentioned above for now: even without astrology, it’s easy to imagine his fate becoming entangled in the larger, intractable U.S.-Russia dilemma in Syria. Russian president Vladimir Putin (well acquainted with the politics of information and disinformation) may view Snowden’s extradition to the U.S. as a bargaining chip, and Obama, for his part, may see an opening for a mutually face-saving deal with Putin in regards to Syria. Snowden may be forced to “face the Piper” here in the U.S. if that happens. All may not be lost, however: it’s more than likely that the next president will play a role in all this, as well.

In fact, the second half of 2017 looks like a time of momentous change in Snowden’s life, with Uranus (Aries) transiting exactly opposite Snowden’s Saturn-Pluto (Libra), sextile his Gemini Sun-Node-Mars and exactly trine Snowden’s natal Neptune-GC (Sagittarius). His 2017 solar return chart offers some interesting possibilities, as well -- a story for another day!

The year 2017 is in general a period to watch, going forward. Stay tuned for the next post -- more about this interesting Libra generation! 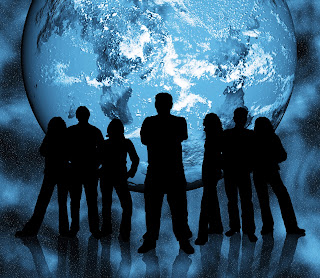