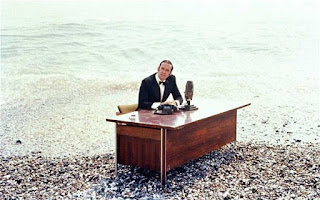 “And now, for something completely different…”

It’s September 24, 2016. The airwaves have been abuzz all day with the British public’s shocking decision to leave the European Union behind and go it alone—the vote was close, but decisive, at roughly 52% leave to 48% remain. Immediately after the news broke at 7:22 a.m. (London) this morning, Prime Minister David Cameron announced he would be resigning his post by October, so not only will Britain be trying to negotiate new trade agreements and rebuild an economy that is now falling out from under them, they will also be called upon to elect a new PM.

Markets fell around the world on the news, and the pound Sterling lost as much as 10% at points during the day, a speculative buzz closed out the week’s trading. Why do these things always happen on Fridays? one person asked. Will other disgruntled EU members follow suit? Will the UK itself fall apart as well?

This latter is a concern because Scotland and Northern Ireland (UK members) voted decisively to stay in the EU and both are already considering whether exiting the UK is their next step, post-Brexit. Needless to say, these important UK members are not amused, and we can only wonder what the royal family thinks about it. Perhaps it’s not their business to have an opinion—after all, many traditionalists voted in this referendum to “Return Britain to the English”—so, they have built in job security.

Young UK voters—the ones who will live with the consequences of Brexit for decades to come—voted overwhelmingly to remain in the EU, and many are quite upset with the older generation for complicating their futures.

Maybe the traditionalists would like to return to pre-Battle of Hastings (1066) times, too? One woman interviewed on television seemed particularly keen on closing the Euro-tunnel that runs beneath the English Channel, connecting Britain with France. “Close the damned thing!” she shouted repeatedly. Is this visceral bile a sign of isolationism and nationalism at their worst, or perhaps a well-founded weariness with globalization?

There’s a good argument for both, and today’s dramatic biwheel has something to say about both, but going forward, the larger story will be told in what happens to the United Kingdom as an entity apart from Britain.

The United Kingdom may not be so united
Within the UK, Britain and Wales voted to leave the EU; Scotland and Northern Ireland voted decisively to stay. As a consequence, Scotland and Northern Ireland could now be faced with a choice between their participation in the UK and the EU. This is a story for another day, but we can in the meantime consider how astrologically vulnerable the UK might be to such change in the coming period. Is Brexit the start of enduring radical change—perhaps even the disintegration—of the UK?

Or will there be more temporary disruptions, but ultimately a manageable transition? Let’s examine the biwheel:

Interchart Grand Square: Brexit Jupiter-Node (Virgo) opposes Brexit Neptune (Pisces); this axis squares Brexit Saturn-UK Chiron/Mercury (midpoint Sagittarius) opposed to Brexit Mercury (Gemini). The People are represented in a national chart by the Moon, but the People’s vote is signaled by Mercury, so it’s not surprising here that Saturn (elders and those who favor restricting borders, etc.) dealt the potentially wounding (UK Chiron) vote to the UK. Third house Mercury represents the UK's youth, as well, so we can see why they felt their futures were being limited by the older voters (Saturn).

Mercury rules the 12th house of the UK chart, and Brexit Jupiter-Node positioned there, opposed by Brexit Neptune, reflects the surprising magnitude of the vote, among the “hidden” masses, the working classes. Neptune’s position over the UK 6th house reflects the nostalgia, fears and perhaps the delusions of  British Boomers and working classes who were heavily represented in the “leave” camp. Any confusion caused by misinformation reportedly circulated by the “Leave” campaign would be included here. A strong Saturn-Neptune influence can also trigger fears of open borders, since it all feels too uncontrollable. The tension of the grand cross probably acted to get out the fear-driven vote (UK Mercury).

Interchart Yod: Brexit Jupiter (Virgo) inconjoins UK Venus (Aquarius) and UK Part-of-Fortune-Node (Aries). The economic (Venus) consequences of Brexit could linger like a hangover and be fairly frustrating. This configuration suggests that maintaining the UK’s standard of living (Part-of-Fortune) will be a challenge, and the thrill of victory for the Brexiteers may be short-lived. As we’ll see later, however, there are some positives built into this Sun-Venus placement as well.

Brexit Pluto (Capricorn) conjoins UK Sun (Capricorn) and opposes UK Moon (Cancer); Brexit Uranus (Aries) squares UK Moon and trines UK Saturn (Rx Leo). As with all Pluto transits, this one has applied pressure on the UK (Sun) and its people (Moon) for years now—pressure that’s been made more tense by a lingering square from transiting Uranus. The British pound’s immediate drop in value could also be reflected in the Uranus-Moon aspect—the Moon rules silver. On a social note, it’s not surprising that those who have borne the brunt of world changes—the working and middle classes—might be feeling it’s time to reverse course. Election day kicked off with the Brexit Ascendant (Cancer) conjoined UK Jupiter (Leo) and square Brexit Uranus—an “independence day” upset was in the making.

Big choices remain about how that desire for change will play out, but clearly Uranus transiting the UK 7th house trine the UK Saturn Rx facilitated the radical change the Brits have wrought. This flowing aspect also spoke to the sense of danger and instability (Uranus) that people want their government (Saturn) to remedy. It also speaks to the almost “shell-shocked” demeanor (Uranus) of today’s news commentators and the surprising use of government (Saturn) to overturn the UK’s long-standing relationship with an international organization (Uranus).

Interchart T-square: Brexit Sun-Venus (Cancer) conjoin UK MC and oppose UK Sun (Capricorn); this axis squares UK Asc-Uranus (Libra). UK Mars (Taurus) trines Brexit Pluto (Capricorn) and squares UK Progressed Sun-Jupiter (Leo-chart not shown); Brexit Sun-Venus also trine UK Pluto (Pisces). The Brexit vote feels like a positive to many people in terms of the burning issue of sovereignty (Sun), so it will be interesting to see how long it takes for the British pound (Moon and Sun)[2] and the British image at large to recover from the initial shock (Asc-Uranus) of Brexit. The BBC reports that Moody's has already downgraded the UK's credit outlook (UK Sun) to "negative" in light of the uncertainty that is sure to follow this election. Transiting Venus will soon oppose transiting Pluto and sextile UK Mars (which is in turn trines Brexit Pluto); unless something more serious intervenes, whatever credit difficulties persist should be resolved without too much trouble.

The day’s Sun-Venus trine to UK Pluto reinforces this notion, reflecting resilience in the UK economy (the 2nd largest in Europe) and the support that the UK will continue to enjoy from the U.S. (Sibly Venus-Jupiter conjoin the Brexit Cancer points). The UK’s cosmic economic profile is complicated, however: Pluto is disposed by and in mutual reception with Neptune (Scorpio), but Neptune squares Venus in Aquarius. Financial affairs are largely driven by policies made “on high,” and there’s more than a little mystery involved.

To complicate things even further, UK’s Pluto inconjoins both Uranus-ASC and Leo Jupiter Rx, forming a tight yod. This suggests the UK economy depends heavily on close coordination (not always smooth) between a number of forces; the question with the Brexit vote will be, is the EU one of those essential forces? Would Scotland and Northern Ireland leaving the UK knock that careful balancing act even further out of whack?

Because the U.S. counts on the UK having a place at the negotiating table with the rest of Europe (i.e., regarding sanctions levied on Russia, etc.), the U.S. will likely try to influence how the UK relates to the EU going forward (apparently there are choices in the matter).

Brexit Mars (Rx Scorpio) conjoins UK Neptune (Scorpio), squares UK Saturn (Rx Leo) and trines Brexit Chiron (Pisces). The hard, fixed square here speaks to the malaise the Brexit vote may cause to the UK as a structured organization. The decision at stake probably felt like being “between a rock and a hard place” to many voters, and the UK’s ideals (2nd house Neptune) could be compromised by the Brexit vote. There are already reports that some players in the Labour Party took a less-than-enthusiastic approach to promoting the "Remain" message, signaling a bit of Mars-Neptune collusion with the "Leave" camp, perhaps. Resignations in the Labour "shadow cabinet" are pouring in. We'll probably learn a lot in the next few days in this regard.

The Mars-Chiron trine in force for the vote (over the UK 2nd to 6th houses) reflects how cathartic the vote felt to working people (6th) who won the majority, but Chiron also fell inconjunct UK Saturn, so the “relief” is not likely to be felt by those in government. This could represent David Cameron’s immediate announcement that he will step down; electing a replacement to stabilize the government could be a complicated, messy affair.

Long live bangers and mash…
Time will obviously tell just how complicated this transition away from the EU will become—thousands of young protestors are already submitting petitions for a “do-over” of the referendum, claiming the vote was fueled by misinformation, etc., and it’s widely recognized that the government has no plan in place for running the UK’s new EU-free existence. In fact, it will have no Prime Minister soon!

In the meantime, U.S. politicians are throwing their backs out trying to frame the UK’s dilemma in a positive light for their respective camps. More soon on the prospects going forward for the EU! 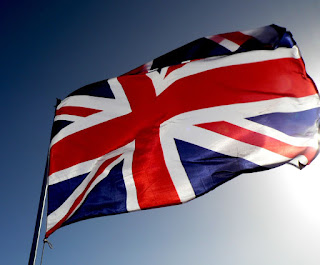 [1] Chart data source: Stephen Erlewine, The Circle Book of Charts (Tempe, AZ, American Federation of Astrologers, 1991), p. 261. Cast by Charles E. O. Carter and cited in Eclipses, by Celeste Teal, 2006.
[2] It’s possible the UK Moon represents the physical pound Sterling (Moon = silver) instead of the Sun, but the currency reflects a country’s potency in other ways, so the UK Sun is certainly implicated in the pound’s drop in value.