It always amazes me how literal and tangibly physical the Cosmos can be with its astrological symbolism. For instance, what could be more literal and earth-bound than Michigan Governor Rick Snyder’s current comeuppance: approaching his 2nd Saturn return, he finds himself responsible for lead poisoning (Saturn rules lead) the good people of Flint, Michigan through their water supply. Known as the “Flint Water Crisis,” this failure to put the health of people over fiscal considerations has slowly gained national notoriety—even becoming a topic of discussion in the most recent Democratic debate. This notoriety is as it should be: the city of Flint’s fiscal problems are nothing unique in urban America—simply put, this could happen anywhere state and city governments are run like bottom-line driven businesses!
As noted, lead falls under the astrological rulership of Saturn, so not only does this crisis reflect the governor’s personal Saturn return challenge (there’s a loud chorus of voices calling for his resignation and arrest), but since collective water supplies are ruled by Neptune, a lead-poisoned water supply also reflects the ongoing Saturn-Neptune square. The crisis itself has built to its current shrill pitch over roughly 18 months—from April, 2014 when Governor Snyder and his appointed  “emergency manager” for Flint’s fiscal crisis made the fateful decision to switch the city away from the safe, well-regulated Detroit water system to water from the corrosive Flint River. This was not a safe choice, especially since Flint’s aging water infrastructure (Saturn) is riddled with lead piping. It was, in fact, the toxic combination of corrosive water (Neptune) causing the outdated lead pipes (infrastructure = Saturn) to leach lead into the water that magnified the problem so tremendously.

Bean counting with Neptune
Originally planned as an interim situation, the ultimate goal of the switch away from Detroit water was to purchase water from a new local water authority (KWA) that was still under construction. This interim move was an attempt to save roughly $5 million over a two-year span.
As with so many situations involving Neptune, one hand didn’t seem to know what the other hand was doing, and those who initially raised alerts about the toxic water were ignored, dismissed or worse, deceived. Fraudulent “studies” by Flint water officials were used to deflect citizen concerns. Finally, independent research conducted by Marc Edwards, a Virginia Tech water quality expert, found “extremely high levels of lead” in the water; separate research by a local pediatrician, Dr. Mona Hanna-Attisha, confirmed that Flint children were showing toxic lead levels in their blood.
Finally, when the mounting evidence could no longer be ignored, a public health emergency was declared. Edwards reportedly said that Michigan authorities’ response “exposes a new level of arrogance and uncaring that I have never encountered.” Saturn’s dampening effect on Neptunian compassion?
Serious questions remain about what Snyder knew, and when (he’s releasing emails to that effect today). The official passive/aggressive Neptunian approach prevailed until so much evidence of toxicity and so much public concern surfaced (Saturn loves data and concrete evidence) that all hell broke loose in the media. Long story short, the Governor’s “State-of-the-State” speech last night (1/19/2016) was dominated by the crisis, his somewhat disingenuous apology, and his attempts to blame a host of others for the problem.
Let’s examine the astrology of this situation—first, a chart for the fateful April 2014 decision to switch water suppliers, set for noon (no time available):

Cardinal grand square: Jupiter (Cancer)opposite Pluto (Capricorn) squares Mercury-Uranus (Aries) opposite Mars (Libra); Sun in late Aries widely opposes Mars. Grand squares often represent fateful moments that herald long consequences—tragically fitting here. This specific grand square speaks to the finance/power-oriented (Jupiter-Pluto), numbers-driven (Mercury-Uranus) decision made by Michigan authorities— probably considered a bold, “problem-solving” move at the time. Grand squares are known to force social awareness—certainly fitting here.
Mars (Libra) is disposed by Venus (Pisces) and inconjuncts Chiron (Pisces); Venus conjoins Neptune (Pisces) and Chiron. The wounds inflicted on the public by this “bold” watery decision are reflected here. The Neptunian edge Pisces thus lends to Mars’ role in the grand square suggests that deflecting criticism and misrepresenting the facts may have been factored into the plan from day one—or, more charitably—the actors were simply oblivious to the possible consequences of their decision.
Grand Water Trine: Jupiter (Cancer)-Saturn (Scorpio)-Chiron (Pisces). Again, beautifully literal, perfectly reflecting the momentous, but reckless decision made about a city’s access to healthy water. Grand trines provide a “path of least resistance,” which was certainly the case here. The magnitude and ongoing nature of the wound inflicted on the public is also represented. As Dr. Hanna-Attisha put it in a radio interview: “there is no safe level of lead in a child…it’s a forever problem.” Michigan decision makers proved that vigilance and a sense of responsibility are easily lost under the spell of a grand trine.

What goes around comes around…
Keeping the context of the fateful April 2014 decision discussed above in mind, we can now consider Governor Snyder’s tough Saturn return challenge more specifically (biwheel below). Snyder’s chart (inner wheel) is a noon chart (no time available).

Crisis Sun (Aries) conjoins Snyder’s South Node and opposes his Jupiter (Libra) and Neptune (Scorpio). Crisis Sun exactly trines Snyder’s Sun (Leo). The fiery Aries “Crisis” Sun may also oppose Snyder’s Moon, which would have ranged between 21°+Libra and 5°+Scorpio that day. Not known for showing emotion, the Governor did appear rattled and remorseful speaking about Flint’s situation during his State-of-the-State speech. The Sun-to-Sun trine may have played to Snyder’s ego, promoting overconfident “path of least resistance” thinking. The Aries opposition to his Jupiter, Node and Neptune suggests that he was challenged to act on the basis of illusions or misinformation—quite possibly an hubris-driven turn of fate.
Crisis Grand Square: Mercury-Uranus (Aries) opposite Crisis Mars (Libra) squares Crisis Jupiter (Cancer) opposite Pluto (Capricorn). This frustrating Cardinal stand-off ties into Snyder’s chart via his Saturn in Sagittarius (trine the Crisis Aries points), his Mars in Taurus (trine Crisis Pluto) and his Uranus in Leo (trine Crisis Uranus and inconjunct Crisis Pluto). Actions taken under such conditions could be reckless indeed, taken more to feel like “something is getting done” than anything. In 2014 the main problem Snyder would have been addressing was Flint’s fiscal crisis—switching the water supplier and saving $5 million in two years could well have appeared like a no-brainer. The unapologetic “bean-counter” thinking (Snyder prides himself on being a “nerd accountant”) reflected in this decision is seen in the Taurus-Capricorn points and in the aggressive Uranus connections.
Crisis Saturn (Saturn) opposes Snyder’s Mars and squares Snyder’s Sun. Still in Scorpio, Saturn is positioned less than 30° from Snyder’s natal Saturn, suggesting the period from 2014 until now (Saturn at 13°+Sagittarius) has been one long approach to his exact Saturn return. As Saturn returns to his exact natal placement (December 2016), he will be challenged to make the Flint situation right. His priorities (Taurus “values”) will remain under harsh scrutiny. Far from saving millions as planned, he is now scrambling to find the resources to pay for not just the short term rescue operations needed in Flint, but for the long-term infrastructure changes that are long overdue and  the long-term public health needs that will surely develop from this “forever problem.” A healthy slice of “humble pie” (Saturn square his Sun) is apparently on the menu for Snyder’s Saturn return.
Crisis Neptune-Venus-Chiron (all Pisces) square Snyder’s Saturn. Neptune falls outside of the orb for a square, but as a member of the Pisces stellium and the ruler of Pisces, its influence is certainly felt here. Thus, all the chaos and pain of a toxic Saturn-Neptune square was built into the Flint situation for Snyder from the get-go, providing a “sneak preview” of the transiting Saturn-Neptune square that has dogged his steps from 2014 till now.

Too little, too late?
Class action lawsuits against Snyder and the State have been filed by Flint victims, a Federal Justice Department investigation has ensued, and protests have mounted calling for his resignation and even arrest: not surprisingly, action has followed, but many justifiably feel the action has been too little, too late. As we see in broader national politics, there’s a great deal of anger afloat in the land, and this crisis only foregrounds that reality. Flint is a predominantly working class, African-American community, and numerous protestors have justifiably asked whether a crisis such as this would have happened in a more affluent, more white Michigan community. Good question. 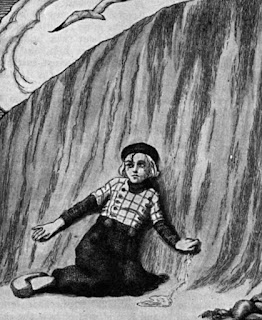 Posted by Raye Robertson at 4:49 PM