Pluto’s lingering cardinal square with Uranus (as of Oct. 2015) accounts for many shocking developments over the past 5 years, but another, less discussed, but equally transformative cardinal event looms in the next decade for the U.S.:  the final push towards Pluto’s return to its natal 27°+Capricorn position in the U.S. Sibly chart (biwheel below). The Sibly chart captures the signing of the Declaration of Independence, which reflects the revolutionary character and democratic idealism of this nation, and that critical aspect of our national character is—to put it mildly—due for a radical makeover.

In 2007 I began studying and writing about transiting Pluto’s impending return to the U.S. Sibly Chart’s Pluto at 27+ Capricorn on 20 February 2022, but the topic was a bit premature at the time. The Stock and housing markets were about to crash like the proverbial “house of cards” they had become, so we were brutally otherwise occupied.

The current Uranus-90-Pluto in Aries-Capricorn (from 2010), has triggered an upheaval worldwide. Among many consequences, the so-called “Arab Spring”—the world’s first “social media”-enabled revolution of its magnitude—is still shaking out, most cruelly in Syria at the time of this writing. On the U.S. front, The “Tea Party Movement” and “Occupy Wall Street” erupted in 2009 and 2011 respectively, and remain potent ideological forces going into Election 2016.

Pluto’s 2022 return will mark the Declaration of Independence’s 246th year. The Declaration was a manifesto declaring our collective intention to establish a nation based on key democratic principles, rejecting monarchy and the colonial status quo. It was not a governing document, but it signaled a unified decision to establish sovereignty and self-rule, thus cutting ties with the “motherland,” Britain. It certainly was a “birth” of the revolution that made everything else possible.

Pluto’s tactics in this return are unlikely to be subtle:” we will purge and transmute 246 years of toxic, compulsive “stuff” as a nation (karma, if you will), or else. That’s Pluto’s “stick,” and its square with Uranus—currently within orb of the nation’s 20°+Aries Chiron—is busy re-opening old wounds like racism and gun violence so they can be purged and healed in the course of this rebirth.

Pluto’s “carrot” is, of course, the prospect of this fundamental social rebirth. Judging by the controversial Supreme Court decisions in the past five years and the extreme reactions following (i.e., to unleash oceans of vested-interest money into campaign politics with Citizens United, to uphold the law establishing Obama’s “Affordable Care Act,” to legalize gay marriage, etc.) it seems the “rebirth” is proceeding as rockily as the birth—less than 7 years remaining (at this writing).

Seven years in a “birth canal” may sound like a long time, but on Pluto’s time table, we’re heading for the delivery room. This time, however, we’re not breaking free from a “motherland”—we’re coming to grips with the internal contradictions that threaten to strangle us on our way out: i.e., producing years of gridlock in Congress, intense stress between branches of government, domestic and international tensions and entanglements.

It’s worth pondering how Plutonian social transformation even happens. Do we all go pouring into the streets like the Egyptians did and force fundamental change? It’s been tried (i.e., in Ferguson, Missouri), but it’s not likely to happen on a scale similar to Tahrir Square. It’s equally unlikely Uncle Sam will show up for a therapist’s appointment, so the question becomes, “who’s the responsible party here?” Are citizens individually responsible for their nations’ karmic sludge? Whatever the answer, we all play individual and/or collective roles in this Plutonian process.

As mentioned, notable efforts to steer this transformation have burst into public life over the past decade. First, in February 2009, the Tea Party Movement (TPM) erupted, with six points (Mercury, Node, Jupiter, Mars, Chiron and Neptune) in Aquarius and Pluto in Capricorn widely square Venus in Aries. Not surprisingly, the mostly fiscal concerns of the TPM and its agenda (less “government,” translated as minimal taxation, radically reduced federal debt and entitlements) is reflected in this initiating Venus-Pluto square. These concerns also meshed nicely with the Saturn-Pluto square forming in late 2009 in early Libra (ruled by Venus), the final square phase of the 1982 cycle begun in late Libra.

The second attempt to steer our social rebirth has been the Occupy Wall Street movement (OWS), focused most heavily on the need for a more just social/economic system for the “99%.” Its inception date is debatable, but the OWS’ first protest in New York’s Zucotti Park on September 17, 2011 established it as a movement. This seminal chart features a potent cardinal t-square centerpiece: Uranus (2+AriRx)-180-Venus (3+Lib), all square Pluto (4+Cap). Mars was at 28+Can (opposite Sibly Pluto), poised to enter fiery Leo (adding some theatrical flair to the protests—and supporting that notorious “pepper spray” incident at U.C. Berkeley), and Jupiter was trine Pluto from Taurus (good timing to highlight financial corruption, power abuses, etc.).

These movements seem to have opposing agendas, but both are fundamentally designed to promote greater sovereignty on the part of U.S. citizens. Implying both power and responsibility, sovereignty was the ideal we struggled over collectively in the 1770s, when the nation was “born,” and we’re back at it again. Writer Marilyn Ferguson (author of the groundbreaking The Aquarian Conspiracy) foresaw the 1770s-2010s connection nicely in her 2005 follow-up study, Aquarius Now, where she suggests we must return to both personal sovereignty and “radical common sense.”

Building upon American revolutionary Thomas Paine’s famous use of the term “common sense,” she says, “Radical common sense reflects the growing realization that individual good sense is not enough—that society itself must make sense or decline. Radical common sense is a spirit. It respects the past, it pays attention to the present, and therefore it can imagine a more workable future.” What that workable future would look like is, of course, a matter of strenuous debate, with the TPM and OWS positions representing the extreme poles of that debate as they’ve carried through into Election 2016.

Reclaiming our personal sovereignty is likened by Ferguson to “the radical shift of birth.” This certainly fits the agenda of Pluto’s return to the Sibly 2nd house, forcing us to revisit our core revolutionary values, especially material ones. Of the 2nd house Pluto placement, Howard Sasportas writes, “With Pluto here, it is necessary to discover the underlying motivations which propel such strong and passionate feelings about money and security. For some, money is imbued with the power of a deity, which determines if they live or die. Money and power may be accrued as a way of controlling others, or as a safety gauge for those who feel the world is out to destroy them.” Money and Power, especially within the framework of sovereignty, are the twin themes defining both the TPM and the OWS movements. It’s doubtful Pluto picks “sides” in this struggle—it’s the tortured entanglements of Money and Power that keep Pluto’s adrenalin pumping.

Nothing is ever simple with the Sibly chart, however. Since the Declaration of Independence also seeded us with humanistic ideals—“inalienable rights to life, liberty and the pursuit of happiness”—the question becomes, how do the twin poles of our Money/Power debate square with our core value, “all men are created equal…?” Did we ever really hold this value in a literal sense? If so, slavery would have been abolished and women would have had universal suffrage in 1776, with other civil rights matters settled soon thereafter. On the contrary, we have long celebrated the “rugged individual,” and as long as capitalism remains the economic framework for our form of democracy, we will see that one “rugged individual’s” pursuit of happiness often negates another’s equal treatment. This observation isn’t meant to condemn or support the capitalist ideal; it merely acknowledges how this inherently dog-eat-dog system works.

The tight -30- between the Sibly Pluto (27+Cap) and Moon (26+Aqu) begins to make sense if we look at it in this light. The latest meltdown on Wall Street vividly reminded us that relations are never easy between the “Economy” writ large (Wall Street-Pluto in Cap) and the everyday “economy” of the people (Moon represents the People). Pluto’s return—a “survival of the fittest” evolutionary process—confronts us with the disconnect between our stated values (the Declaration) and the ever-evolving Constitution. Compelling circumstances (a favorite Pluto tactic) will force us to choose a coherent path forward or devolve into a morass of our own making. Either we “own” our dog-eat-dog system for what it is, or we take responsibility for changing it.


To be continued…chart analysis to come! 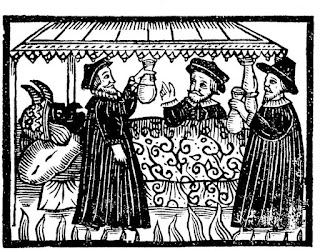