On March 19, 1895, at approximately 11:00 a.m. in Lyons, France, the art form known as Film was born, when two brothers—Auguste and Louis Lumiere—shot the first moving picture. It was a 50-second film of workers leaving the Lumiere family factory.

The brothers shot it with their invention—the Cinematographe—a combination moving picture camera and projector that took Thomas Edison’s Kinetoscope and brought the image “out of the box.”

Before shooting this first moving picture, Louis Lumiere was a talented still photographer, skilled in working with light and image composition. Together the brothers raised photography to a new level that’s reflected well in Film’s “birth” chart.


To put the birth chart of Film (below) into context, you might want to have a look at the Lumieres' first film at this link: https://www.youtube.com/watch?v=4nj0vEO4Q6s

Film’s use of symbolic language is clearly indicated in its birth chart (below): there’s Mercury in Pisces, in mutual reception with Neptune in Gemini! The keyword phrases tell the story: Information through Illusion, Imaginative Communication, Communication Medium, Informative Art.

What we have here is a marriage of the Air and Water elements--Technology and Art. A Cancer Ascendant and Uranus (technology) exalted in Scorpio elicit emotion, inspire empathy and sensuality, and encourage a receptive mental state for Film’s “message.” Film “speaks” in symbols, as dreams do, and through means such as a darkened theater, hushed silence, all eyes forward, our minds are drawn into a light hypnotic, quasi-dream state.

We’ve all had the experience of “losing ourselves” in a film-watching experience. Astrologer Liz Greene calls this immersion experience the “participation mystique” of Neptune--certainly evident in this chart (more on Neptune to come).

Through means such as frame and shot composition, choice of lenses, camera level and angles, and camera movement, cinematography records, transmits (Mercury) and reveals (Moon) a rich array of information that we viewers absorb almost unconsciously.

In fact, reading a film is a process of deciphering many types of informational cues or data (Mercury) appearing on the screen (and post-1929, in the audio), and from those cues, mentally piecing together or synthesizing a whole that is greater than the proverbial sum of its parts—the story (Uranus-Neptune). The astrological pantheon in charge of storytelling is as complex as storytelling itself:

From its inception, Film has been a synthesis of Technology and Art—broadly speaking, the province of Uranus and Neptune.

In the chart, Neptune co-rules (with Jupiter, rising in this chart) the Sun, Node, MC and Mercury. Neptune is also the exalted ruler of the Cancer ASC (Moon co-rules, quite appropriate for the emotional resonance of Film). Comfortable in its 12th house home, Neptune conjoins Gemini Mars and Pluto, so there’s considerable power wielded behind the scenes (even subliminally) through film communication. Neptune and Pluto are still within orb of their new cycle (once in 492 years!) here, reflecting Film's status as the ultimate Modern Age art form.

Uranus is very creative in the 5th house, and exalted in Scorpio, it rules the 8th house of finances. It also trines the Node and the MC, adding technical brilliance to Neptune’s artistic output.

Technology = Uranus
-The camera and lenses
-Other photographic equipment
-Lighting, electricity
-Computer-generated effects and contents-Other digital processes, such as editing (video and audio)
-Sound and recording technology
-Technical experts in all areas
-Creative/pioneering uses of technology

Even though Uranus and Neptune work together so seamlessly in film making, a closer look at Neptune’s role is warranted. Revisiting the chart, we see that Neptune co-rules the Pisces MC—Film’s “work in the world.” From its favored 12th house, Neptune tightly squares that MC, suggesting that the Hollywood Dream Factory can take its toll on the players involved...the "Star System" demands that celebs keep up the “illusion” or else!

All the Pisces energy in the chart makes perfect sense: Film is all about Vision and Perception and the illusion (produced mechanically by projecting film reels at 24 frames/second) of 3D action on a flat 2D screen.

Saturn and Jupiter in this chart remind us that Film is not only an art form, but an industry and a social undertaking, with its own internal dynamics and powerful international networks. 12th house Jupiter rises, ruling the 6th and tightly squaring (and co-ruling) 9th house Pisces Sun. This reflects the “larger-than-life” image of the industry, and its immense potential influence (conscious and subliminal) on the hearts and minds of audiences. Like Neptune, Jupiter is in mutual reception with Mercury in Pisces, spinning imagery and words in powerful ways.

Disposed by Scorpio Saturn, the chart's ambitious Capricorn Moon rules the Cancer ASC. Placed in the 7th house, conjunct the DSC, this Moon suggests that the security and success of the industry relies upon powerful partnerships.

These partners demand their due, and with Saturn inconjunct the 12th house Mars-Pluto conjunction from the 4th house, it’s likely that internal frustrations and power plays drive much of the action behind the scenes. Director Robert Altman’s outstanding portrait of Hollywood’s cut-throat wheeling and dealing, The Player, certainly concurs.

Pisces Mercury, the “P.R.” man for the Dream Factory, is trine both Saturn and Jupiter, but Jupiter’s trine is dissociate (out-of-sign), and its biquintile aspect with Uranus reinforces its “maverick” role here, allowing more independent, thought-provoking themes. This is not the default mode for the industry, but a welcome creative boon when it happens.

To be continued...with examples from great films you may remember! 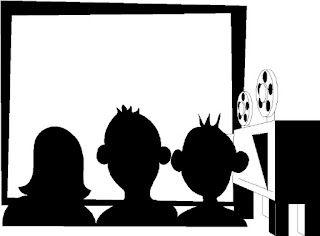