Of all the outer planet cycles that make our solar system such a lively place, the Saturn-Neptune cycle is perhaps the most puzzling—and worrisome, as there always seems to be a crisis of some kind brewing. Saturn and Neptune represent quite contrary impulses—one likes to separate (as in the “real” from the “imaginary”) and one likes to confuse the differences between such categories (is it “real,” or is it “Memorex?”). Saturn contains and limits; Neptune undermines and erodes all limits. The only thing Saturn and Neptune can agree upon is their perpetual disagreement.

In fact, the Saturn-Neptune cycle is all about manifesting a collective vision. Since the present cycle now entering its final quarter began in November 1989, the visions on the world scene have hit manic highs—such as the end of the Cold War and all that marked that passage—and horrific lows—the 9/11 World Trade Center attacks in 2001, and now “Black Friday” in Paris on November 13, 2015 (more on that below). In retrospect, it seems that these alternating waves of collective euphoria and near-apocalyptic anxiety are Neptune-Saturn’s forté—especially forceful since Neptune entered its home sign of Pisces, the sign of victimization, in 2011-12.

Rewinding to where it all began…
Before we consider the most recent event in Paris, however, let’s consider where the present cycle began, in November 1989 (chart below).  Interestingly, just that August, the space probe Voyager II had passed by and photographed Neptune and its Moon, and in retrospect, I have to wonder if we weren’t being cued to pay special attention to Neptune in the period that followed, as Neptune was joining forces with Saturn at 10°+Capricorn to undermine all types of structures—physical, social, economic, ideological.

George H.W. Bush was finishing his first year as U.S. president and would soon be sending U.S. troops to the Persian Gulf War (August 1990-January 1991), but perhaps most dramatically, between 1989 and 1992, Communist governments (Saturn-Neptune rule) in Eastern Europe and the Soviet Union were “washed away” (Neptune) in waves of mass protests, and the Berlin Wall was reduced to rubble with great jubilation; the Cold War (begun under the 1952 Saturn-Neptune cycle) “dissolved” like a spoonful of sugar in hot tea.

By the time Saturn squared Neptune (in 1998), the newly-democratic Eastern bloc countries were caught in a global recession. Interestingly, the International Monetary Fund, which played a role in this crisis, was founded under the Saturn-Neptune square of 1944. Russia’s economy, for instance, took a serious blow in 1998, triggered by a sharp decline (Saturn) in the price of oil (Neptune), which produced a disastrous fall in the value of the ruble.

During the years preceding that Saturn-Neptune square, the U.S. began experiencing major terrorist events. After 1998, of course, the situation only worsened. Although major terrorist events usually feature powerful collusions between all of the outer planets (we’ll consider examples ahead), I would argue that the Saturn-Neptune cycle plays a key role in terrorism—especially in cultivating the twisted mindset characteristic of this phenomenon. With this duo it’s easy to get caught up in the hermetically-sealed cycle of victimization, blame and retribution—and the poles of good and evil are infinitely reversible.

Saturn brings a judgmental “separating the wheat from the chaff” mentality to bear; Neptune applies its sleight-of-hand until the opposite poles are indistinguishable, and that’s how seemingly well-intentioned, well-justified people end up doing horrendous things at times.

Our Middle East politics has been rife with such ironies: in trying to support Iraqi forces with weapons in recent years, the U.S. inadvertently provided weapons to fighters with the Islamic State; in trying to avoid policing every Middle East conflict, we facilitated the terrorist side effects of the Syrian civil war. And so on…the lines between defense and offense become blurred, and with Neptune casting its spell on Saturn, the Lord of Karma falls down the proverbial “rabbit hole,” and everyone is responsible—to the terrorist mindset, at least—for  the actions of a few. The relationship between actions and consequences becomes distorted: we’re all victims and—on the flipside—we’re all victimizers.

This, it would seem, is what guarantees that terrorism will not be defeated with additional violence; as with the Hydra, the mythical water monster (one of Neptune’s worst “baddies” and a frequently-used symbol of “feminine rage”), cutting off one “tentacle” of terrorism merely results in two more springing forth. Suicide bombers know full well the power of victimization and so-called “martyrdom” (also ruled by Neptune).

At the square and opposition…
Let’s briefly consider some examples and then give more careful consideration to yesterday’s Black Friday tragedy.

The first terrorist attack on the ill-fated World Trade Center towers happened on February 26, 1993, just days after the new Uranus-Neptune cycle began at 19°+Capricorn, with Saturn semi-sextile Neptune and square Pluto. In Capricorn, Uranus and Neptune are infused with Saturn’s predilection for structure, only Uranus likes to blow up structures, and Neptune facilitates with the requisite deceit and subterfuge. Saturn square Pluto marked this as a major transformative moment, ushering society into the apocalyptic feeling end of the 20th century.

On September 11, 2001, the chart for the first World Trade Center attack features Saturn in Gemini trine the Uranus-Neptune midpoint in Aquarius and opposed to Pluto in Sagittarius. This attack completed what the 1993 attack sought to do and the depth of depravity represented by the attack on innocent lives was countered by incredible heroism (both covered by this tense Saturn-Pluto moment). This opposition also set the stage for the coming years of warfare in the Middle East and everything this has meant for American society. Interestingly, Mars in Capricorn conjoined the South Node that day (fitting for such collective violence) and beyond that formed only minor aspects—most notably a septile with Uranus. This fits if we consider the U.S. financial system (Capricorn) was the symbolic target for the attack’s violence and chaos.

In both the above instances, Saturn appears to relay and implement the less grounded energies of Uranus, Neptune and Pluto, directing their manifestation in the days’ events.
This remains true with the Paris attack chart (below).

Saturn in Sagittarius squares Neptune in Pisces (5th-8th house) and sextiles the North Node (Virgo) Mars-Venus (Libra) conjunction, reflecting the psychological dynamics and deception underlying the terrorist enterprise, and the extent to which it depends upon the agents’ (suicide bombers, shooters, etc.) outraged sense of justice (Libra). The involvement of the Node suggests the terrorists seized a fated moment in time—and as Theodore White points out, the migration of the Node (retrograde) into Virgo supports belligerent actions on the part of people who consider themselves “victims” (Virgo-Pisces axis).

Jupiter in Virgo opposes Chiron in Pisces. Military and police forces tend to build-up when Jupiter falls in Virgo; terrorist attacks, of course, only promote greater build up, as security concerns escalate. Of Jupiter opposite Chiron, Martin Lass writes: “The initial reaction to this aspect is to assert that there is something ‘wrong’ with the world that has dealt us our Wounds. We feel things should have been different and could be different now, if only…”. Those who lost loved ones in Paris will certainly relate to this, but we will probably miss the greater point of this aspect if we ignore that those driven to terrorism are probably feeling the same—wounded and alienated from a world that doesn’t make sense to them. With nothing to lose, they become horrifically powerful agents of change.

Uranus in Aries squares Pluto in Capricorn; Uranus inconjuncts Jupiter and trines the Moon in Sagittarius. We’ve lived with the pressures of a cardinal Uranus-Pluto square for more than five years now, so the aspect has become an annoying cosmic background “hum” of sorts—until the social and personal planets call down the energies of that cardinal duo and deploy them in targeted directions. Here, Uranus super-charges Jupiter’s militant leanings in Virgo and suggests that technology was instrumental in the coordination of the attack. In so doing, Uranus inflicts great shock and trauma on the people (represented by the Moon). The collectivization of this trauma—expressed in the global outcry of support and messages such as “Nous sommes Paris!” also speaks to Uranus.

Jupiter squares the Moon and trines Pluto. These aspects amplify the trauma experienced by the people of Paris and probably also reflect the mass audience type venues that were attacked, between the Paris soccer stadium (first attack) and the Bataclan concert hall. They also reflect the mass casualties inflicted and the grave importance of the event for French society going forward. We know in the U.S. how the 9/11 attacks impacted our public consciousness and policies—up to and including assaults on our traditional constitutional rights.

The "usual suspects"
Even before the Paris attacks, Saturn and Neptune were the “usual suspects” in a steady stream of fearsome effects around the world: between wars, drought, epidemics, oppression, terrorist attacks, poverty and global warming, a lot of people on this planet are suffering their own personal apocalypses right now, and one way or another, we’re in this collective vision together. What needs to change—if we are going to live out the higher, rather than the lower possibilities of this cycle—is the vision itself.  Not surprisingly—visions (Neptune) become reality (Saturn)!

Approaching the cycle actively, rather than passively, would help. The antidote to panic and fear is critical analysis (Saturn)—a little Saturn applied to media illusions and misinformation can bust Neptune’s Orwellian bubble. It is also possible to use Neptune’s intuitive powers to discern, rather than confuse the truth. In fact, Neptune’s higher manifestations can be glorious, but we need to actively employ Saturn to make them happen: Compassion (active caring requires effort); Healing (a discipline must be learned and applied); Wisdom (personal ego must be set aside to view situations from a collective or spiritual focus) and Vision (active imagining of an ideal, so that it can manifest) are all the better fruits of this cycle. 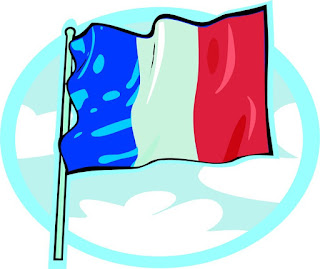 Posted by Raye Robertson at 6:54 AM No comments: