The astrology of Wikileaks’ tactical strike on Hillary Clinton 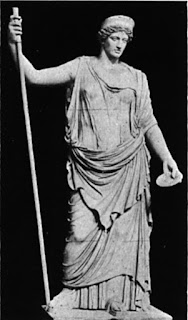 Is Clinton worthy of the leap of faith Sanders wants his supporters to make? If she takes nothing else away from this Convention and the attempts to derail her, I hope it’s a new (or renewed) determination to be just that.

After last week’s chaotic gloom-fest hosted by the RNC, a lot of media players were expecting a real snooze-fest from the DNC. This was far from the reality, however: thanks to Wikileaks and the suspected meddling of Russian intelligence players (who would prefer a Trump presidency), the Democratic Convention started with more than a bang—a resignation—on the part of embattled DNC Chairwoman, Debbie Wasserman-Schultz.

Despite some rowdiness, empassioned tears from Sanders’ supporters, and the powerfully embarrassing mischief waged against her from abroad, Day 1 of the Convention was far from a rout of Clinton and her candidacy. Even so, looking at the astrology of the situation, we’ll see that Clinton was clearly targeted at an opportune time—if the goal was to inflict deep personal pain. It’s hard to say if this pain will derail her success in November, but the Cosmos is definitely testing her mettle.

Let’s consider the biwheel for Clinton and the Wikileaks DNC Email dump (which is documented by Washingtonpost.com with the exact time of 10:30 a.m.).

Release Moon (Aquarius) conjoins HRC Jupiter/Node (midpoint, Aquarius), sextiles Release Uranus-Eris-Part of Fortune (Aries), squares Release Mars (Scorpio)-HRC SNode-Jupiter (Scorpio-Sagittarius), trines HRC Uranus-Release MC, and quincunxes both Release ASC (Virgo) and Sun (Cancer). Clearly, the Release Moon—ruling the day’s Cancer Sun—is a major player in this chart and in this crazy assemblage of aspects; in the powerful final degree of Aquarius, it is focused on wreaking havoc on whatever it touches. The fleeting duration of Moon aspects suggests that the Wikileaks attack was carefully timed (probably with the help of an astrologer) for maximum opportunism and impact, but in the nature of Moon aspects, its impact may be short-lived.

Let’s unpack this tangle of energies and then attempt to synthesize the “big idea;” please note that as the aspects listed here radiate outward into other connections between the charts, we’ll consider those as part of the extended configuration.

Release Moon (Aquarius) conjoins HRC Jupiter/Node (midpoint, Aquarius). The email dump was Wikileaks’ attempt to shed light (Moon) on the pro-Clinton biases of the DNC. Clearly, whoever turned over the emails to Wikileaks was trying to influence Clinton’s success (Jupiter/Node), especially with women (Moon).

…squares Release Mars (Scorpio)-HRC SNode-Jupiter (Scorpio-Sagittarius). Revelations (Moon) designed to challenge (Mars) Clinton’s growth and success (Jupiter-Node). Release Mars also squares HRC’s elevated Leo Saturn, so the damage is meant to impact her reputation and authority as well. It also, of course, challenges her to take responsibility for whatever went wrong. Donald Trump’s immediate reaction was to accuse Clinton of throwing Wasserman-Schultz “under the bus,” over the revelations, but other reports have said that Wasserman-Schultz chose to resign “after the Convention.” Her demise seems to have its roots in more than one set of revelations, however: she was nowhere to be seen on Day 1, her departure being expedited to heal divisions.

…trines HRC Uranus-Release MC. Release MC-HRC Uranus also squares Clinton’s Moon (Pisces), which is in turn being assaulted by wounded healer Chiron (Pisces), so the release impacted her in a shocking, deeply personal way. Can Clinton transcend this attack to heal Democratic divisions—perhaps this will be the week’s major theme. Is it her destiny (her Jupiter/Node trines this Gemini grouping) to heal the nation in some potent way? At the moment it hardly feels that way, but crazier things have happened and time will tell.

…quincunxes both Release ASC (Virgo) and Sun (Cancer). Release ASC and Release Sun also sextile each other here, and even though these dual quincunxes do not constitute a yod (that requires slower-moving points involved), there’s still plenty of frustration to go around here. Cardinal full Moons are known to be aggressive, and the Cancer-Capricorn Moon on the 19th (during Trump’s Convention) did not disappoint, so this waning aspect is pushing for action against some frustrating resistance. The Release was a “venting” of a seed idea sown at the July 4th New Moon (12°+Cancer), conjunct the Sibly Sun (representing the Executive or President). Preventing Clinton from capturing that prize was clearly an objective.

To put things into context, it should be added here that the DNC acknowledges their computer systems were compromised by Russian hackers (the Russians deny this, of course) as long as a year ago; undoubtedly, we’ll see more about this Russian connection as the election heats up with two official candidates.

Release Venus-Mercury conjoin HRC Mars-Pluto and HRC Sun/Node (all Leo), square HRC Venus-Chiron (Scorpio) and trine Release Saturn (Rx, Sagittarius). Communication which results in a loss of respect for the impacted person (Sun/Node midpoint) reflects Mercury’s role here, but Venus transiting HRC’s powerful Mars-Pluto while it trines Release Saturn Rx suggests that the attempt to “frame” Clinton could ricochet back on the perpetrators, especially once Saturn goes direct in August.

Venus and Saturn here also validate HRC’s defensiveness about “right-wing conspiracies” (Release Venus squares her Scorpio Venus-Chiron). A big part of the mistrust many people feel for HRC has its roots in her Mars-Pluto square to Venus-Chiron; demonstrating that she can make the “right use of power” (her Mars-Pluto and transiting Venus-trine-Saturn) would go a long way towards healing that damaging mistrust.

Release Jupiter (Virgo) opposes HRC Moon-Release Chiron (Pisces); Release ASC/Jupiter sextiles Release Mars (Scorpio)-HRC ASC-SNode and squares HRC Uranus-Release MC. It is abundantly clear that Wikileaks’ actions were launched as a tactical (Virgo) cyber-attack, or worse, an attempt to incite a physical attack (impacting her ASC-SNode). Jupiter’s ongoing opposition to Pisces Chiron seems to enables extremist viewpoints, which could also have incited the stubborn “booing” she received from disgruntled “Sanders or Bust” supporters on Convention Day 1. This fits the “emotional catharsis” one commentator proposed to explain that outpouring. It could have also inspired the protective “circling of the wagons” attempt to unify/heal the party which we saw in Day 1’s primetime speeches.

Release Uranus-Eris-POF (Aries) inconjoins Release Mars (Scorpio)-HRC Mercury-ASC-SNode (Scorpio) and Release Jupiter/ASC (Virgo). Again, the malicious intent (Uranus-Eris-POF to Mars) of the Release is clear, and it’s not surprising that a foreign nation’s (Russia) “fingerprints” are thought to be all over this (Jupiter/Node). Political and religious interests may also be entwined somehow (Chinese nationalists reportedly prefer Trump’s approach to Muslims than Hillary’s), and anti-HRC players may seek another legal inquiry (also Jupiter/Node related). Whatever one feels about HRC, there’s a clear feeling of her being harassed and threatened in these abrasive aspects.

Release Pluto conjoins HRC Jupiter/Juno (Capricorn). This would seem to indicate that the “Powers-that-Be” (political and economic) are behind HRC, who just happens to be a Juno-type herself, a stateswoman in her own right and the wife of a former leader who was at one time infamous for his Jupiter/Zeus-like unfaithful behavior. Still, Bill Clinton retains his Jupiterian charm and popularity, despite his excesses (like meeting with Attorney General Loretta Lynch on a tarmac when he clearly shouldn’t have). Pluto’s other connections here don’t quite indicate a “coronation” of HRC, however.

…sextiles HRC Chiron-Venus. Power is available to HRC, but comes at a painful price. We’ve certainly seen this with Pluto’s long transit to this point, encompassing investigations, and so on.

…squares HRC Part of Fortune (Aries) and HRC Neptune (Libra). Another long-term transit, Pluto’s square here completes a transiting t-square with these two opposition points, which reflects the grit and determination HRC has shown in this grueling campaign. This t-square also ties into the Sibly chart, forming an interchart grand cross with its Cancer Sun (the Executive, chart not shown) that takes in Sibly Saturn (Libra) as well. While this provides a deeply motivating context, there’s also a sense that she sees the presidency as a higher calling (Neptune-POF), not simply a personal ambition.

… trines Release Node-Jupiter (Virgo). As we’ve seen in the earlier discussion, this Jupiter in Virgo is not all sweetness and light and it connects with several of Clinton’s personal points, so Pluto trine this point reads like a potential trap. Could this reflect the trials of Sumerian nature goddess Inanna (Virgo) at the hands of her Underworld sister, Erishkegal (Pluto in Capricorn)? In one version of the story, Inanna is essentially trapped in that Underworld, humiliated, stripped and hung up on metal hooks; in another version she is released, but only when she trades her husband for the favor.

Clearly this is not to be taken literally, but it does suggest attempts to entrap HRC in a network of forces beyond her control that radically undermine her. With Release Jupiter also opposing Chiron and Clinton’s Moon, the intent to wound her on a deep primal level is obvious. Ironically, her self-confidence and refusal to be sidelined by the male establishment were sorely needed to bring her this far, but her outward bravado may be something of a mask. Would voters like her better if she caved into these power plays? Could Pluto transform her bravado so it feels more authentic to the unconvinced?

…inconjoins Release Mercury-Venus-HRC Mars-Pluto (Leo). Pluto (especially in Saturn-ruled Capricorn) can be a deeply misogynistic energy, and nothing offends a misogynist more deeply than a powerful woman who refuses to be sidelined. This aspect taps into Clinton’s fixed Leo-Scorpio energies, which provide that staunch resistance, so the power struggle represented here is far from over. Michelle Obama’s motherly advice to go “high” when the opposition goes “low” (paraphrased from her powerful Day 1 speech) is good advice.

What’s it all about, ultimately?
These are heavy times in world politics, and if this chart says anything, it’s that power dynamics have become pathological. Can we take an uplifting high road when so much of the world (including the U.S.) seems intent on taking the very low alternative? At the risk of sounding biased, I would say that last night’s Convention speeches were hopeful in this regard. The anguish in Bernie Sanders’ supporters was palpable as he urgently encouraged them to take the leap of faith in Clinton that he’s decided to take. His most diehard supporters, however, are simply not ready to give up the dream he inspired in them and “get real.”

We didn’t touch upon Saturn and Neptune’s transiting square above (saving the best for last?), but this long-term square has bedeviled the campaign for months and continues to enable chaos. In this biwheel, the square spans Clinton’s 1st and 4th houses, so she’s been feeling the chaos in deeply personal ways. She seems to have strong recuperative powers, however, with her 12th house Sun (Scorpio) and other personal planets, so her “steady hand” on the helm may be more than just a campaign slogan.

The Saturn-Neptune square has also left open from day one the possibility that reality and dreams would clash in the end. Is Clinton worthy of the leap of faith Sanders wants his supporters to make? If she takes nothing else away from this Convention and the attempts to derail her, I hope it’s a new (or renewed) determination to be just that. 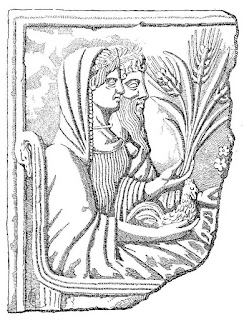