Dropping a bombshell: An astro-perspective on today’s FBI indictments 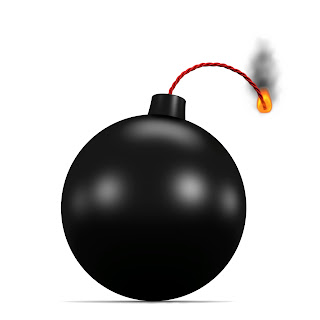 We all knew there would be big news today: how could there not be, with Special Counsel Robert Mueller’s actions on Friday?

Friday's news dropped a bombshell—that Mueller had entered the first grand jury indictments in his sprawling investigations. That was the first act in a multi-staged process, of course, so today we learned who Mueller’s first targets from the Trump campaign are, and what potentially illegal connections he found between them and Russia, especially as those connections relate to last year’s presidential election.

Again, no surprise, three key players from the Trump campaign were ordered to show up at FBI headquarters today:  former Trump campaign manager Paul Manafort, his “right-hand-man” and successor as Trump campaign manager, Rick Gates, and “special foreign policy advisor,” George Papadopoulos.  According to ABC News.com, “An indictment issued by a grand jury in Washington, D.C., against Gates and Manafort contains 12 counts, including conspiracy against the U.S., conspiracy of money laundering and failing to disclose work as foreign agents.”

As for foreign policy advisor George Papadopoulos, ABCNews.com further reports that he “pleaded guilty to making false statements and making material omissions to investigators in January probing interference in the 2016 presidential election in relation to his contacts with a Russian professor with ties to the Russian government.”

Anyone watching the Trump camp these past two years knows that none of its players (including most notably, Trump himself) ever admits guilt about or responsibility for anything, so we’re off to an interesting start with these indictments!

So, let’s briefly consider the astrology at work in all this. No doubt, much more information will be forthcoming soon, so this will be a quick read, just to establish a framework for deeper exploration down the road.

Unfortunately, we don’t have complete birth data for any of the players, with not even a date for Gates and Papadopoulos, so we’ll be relying heavily on a noon chart for Paul Manafort, whose April 1, 1949 birth in New Britain, Connecticut is documented on Wikipedia.com. With no birth time, we will have to ignore any information related to his chart angles, houses or Moon placement.

Even so, we’ll forge ahead with what we have – there’s plenty to explore! Because so much of Mueller’s investigation pertains to actions taken during Trump’s campaign, and inevitably to Trump himself (whether he wants to admit it or not), the triwheel below sets both those charts against what we know about Paul Manafort.  According to news accounts, Trump announced his campaign on June 16, 2015 at 11:08 a.m.—in Trump Tower, of course.


Interchart Fire Kite: Manafort Venus-Mars-Sun/Node midpoint (all Aries) trines Trump Pluto-Announcement Venus/Jupiter midpoint-Manafort Pluto (Leo) trines Trump Moon-So. Node (Sagittarius). This grand trine is intersected by Manafort’s Neptune (Libra), opposite his own Sun, sextile his and Trump’s Pluto (Leo), Announcement Venus/Jupiter midpoint and widely sextile Manafort Chiron (Rx, Sagittarius).  This mind-boggling fiery circuit of energy likely explains why Manafort would have appealed to Trump as an asset to his campaign. Manafort’s strong Aries energy radiates strength, combativeness and the ability to get things done, and those are traits that appeal to Trump. Manafort’s timeline with Trump’s campaign ranged from March-August, 2016, when he was let go as Trump’s campaign manager. Trump’s announcement was timed to take maximum advantage of the situation financially (his Pluto conjoins Announcement Venus/Jupiter midpoint), and when Manafort came along in early 2016, he probably struck him as a useful “helper” in this regard.

By August 2016, Manafort’s history of lobbying for foreign entities like the corrupt, pro-Russia politicos in Ukraine (to the tune of millions of dollars) had come out in the news, and that made him radioactive. Manafort’s willingness to take enormous risks may have been an attractive Aries characteristic, but when Trump himself began feeling the heat, Manafort had to go. He left behind his “right-hand-man,” Rick Gates, who took over managing the campaign and even planned Trump’s inauguration ceremony. Gates is described in some places as a Manafort “protégé,” but he seemed to fly under the media radar for the most part until now.

Neptune’s involvement here, turning the grand trine into a Kite configuration, is significant, in that so much of what actually went on during the Trump campaign, especially with Manafort at the lead, is nebulous—and purposely so, it seems. “Alternative facts” have ruled from day one. Manafort basically hid his involvements with pro-Russian lobbying over the years (he only registered retroactively as a foreign agent when his activities came to light in the news), and we still don’t know what Trump saw in him as a campaign manager apart from that. Maybe, in fact, Manafort’s foreign activities were the appeal for Trump—Trump was still pursuing a big hotel project in Moscow, even as he campaigned for president!

Manafort Uranus (Gemini) conjoins Announcement Sun-Moon and Trump Sun-No. Node, sextiles Trump Mars-ASC (Leo) and opposes Trump Moon-So. Node (Sagittarius). Manafort’s Saturn (Virgo) also plays into this configuration through its out-of-sign conjunction with Trump’s Mars-ASC, and with Trump’s Progressed Sun (Leo). This Sun was on the verge of progressing into Virgo at that point, where it would exactly conjoin Manafort’s Saturn, so there appears to be rather fated timing involved in the relationship between these two men.

Reinforcing this notion is Manafort’s No. Node (Aries) in close trine to Trump’s Mars-ASC, and sextile/trine to Trump’s nodal axis. The presence of transiting Uranus applying to Manafort’s No. Node (Aries) when Trump announced his candidacy adds another surprising bit of “kismet.” In fact, the depth of the connections we’re seeing raises a lot of questions. Manafort now stands accused of “conspiracy against the U.S.,” and these late Aries points (Manafort’s No. Node and transiting Uranus, especially during 2016) square Sibly Pluto at the same time they tie in so comfortably with Trump’s Gemini-Sagittarius axis. Trump makes no secret that his goal is to dismantle the Federal government (the so-called “Deep State”) as we know it, but to what ultimate end?

Trump’s campaign promises always dangled some vague connection between dismantling the government and “mak[ing] America great again,” but how the first goal would facilitate the other was never explained. “Believe me, it’s going to be great,” was a common response to questions. Now we have to wonder how closely Manafort’s pro-Russian activities were aligned with Trump’s goals. Something to watch going forward.

We can’t draw any conclusions yet, but astrologically, we should keep in mind that Vladimir Putin’s Sun is exactly conjunct Manafort’s Neptune and a few degrees from Trump’s Jupiter (all in Libra, charts not shown). If these players weren’t already known to have connections, we would probably discount all this as happenstance, but since there are known connections, both direct and indirect, who knows what’s at the heart of this tangled maze?

Manafort Jupiter (Capricorn) opposes Trump Saturn-Venus (Cancer), trines Trump MC (Taurus) and inconjoins Trump Mars-ASC (Leo). It’s hard to miss that Manafort’s Jupiter also conjoins Sibly Pluto, so his lucrative career as a top-level D.C. lobbyist (lucrative enough that he allegedly laundered a lot of money to keep from paying taxes) makes perfect sense—particularly during this administration, given the connections we see here between Manafort, Trump and his campaign. 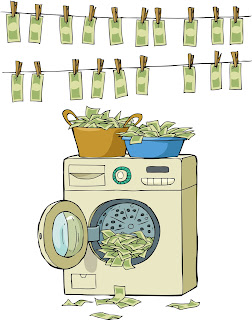 It was clearly a mutually beneficial relationship up to a point, but the inconjunct between their charts suggests that Trump and Manafort experienced some frustrating encounters along the way, as well. This may be why Manafort was terminated as campaign manager and not simply reassigned.

It’s possible that the two men have continued to benefit each other, but it probably became risky to do so from close quarters. We’re seeing this type of “long-distance” relationship between Trump and Bannon as well, since Bannon was let go from the White House, so there may be a pattern at work here. 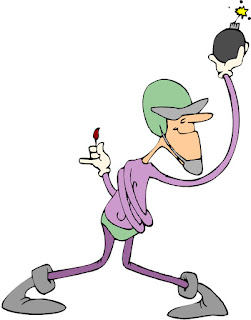 This is just the beginning of a long legal story that will unfold over the rest of Trump’s administration. For anyone paying close attention, it’s hard to believe that Trump himself is not implicated, however for the moment, he’s eluded the net that Mueller’s investigation is casting over its first targets. The White House is trying its best to shift the public’s focus from Trump onto Trump nemeses Clinton and Obama, but few outside Trump’s core base are buying what he’s selling. In a future post we’ll examine how all this is working against the U.S. Sibly chart—lots to talk about there!

In the meantime, Happy Halloween!!

Posted by Raye Robertson at 2:00 PM No comments: