This week we saw stories unfold in the news about the now seriously-damaged warship USS Fitzgerald and its 7 tragic fatalities.

Seven sailors, ages 19-37, perished in a collision with the ACX Crystal, a Japanese-owned, but Filipino-flagged container ship. The 7 sailors were asleep at the time, as most of the crew on board at the time were.

Tragically, their sleeping berth compartments were flooded when the container ship crushed into the lower starboard side of the ship. Others were wounded, including the ship’s captain: reportedly, the crew of the Fitzgerald had to fight hard to keep it from sinking.

There are several mysteries about why this collision happened: both ships are equipped with sophisticated systems that should have prevented such a tragedy. Human error is always a possibility, of course, and the Navy has already launched a full-scale investigation into all of it. Another odd fact that needs explaining is why the container ship took a quick U-turn 25 minutes before the collision.

One particular mystery that caught my astrologer’s eye is the lack of definitive timing for the collision: the official Navy estimate is 2:20 a.m., Wikipedia cites 2:30 a.m., and Japan’s Coast Guard says the timing is closer to 1:30 a.m. Given the reported details, what time makes astrological sense?
Assuming the Navy’s official time and the Japanese Coast Guard time are likely the most credible of the three, I’ve cast two charts for 2:20 a.m. and 1:30 a.m. (Charts 1 and 2, below).

Considering their differences is an interesting experiment in rectifying a chart with uncertain timing. A lot depends upon the chart angles (ASC-DSC, IC-MC) and on house placement, of course, so here’s where the variables begin multiplying.

Astrologers tend to be pretty passionate about their house system choices, and while I’m certain there’s an argument for all of the systems, I’ve always deferred to the Equal houses system. It’s highly regarded among respected mundane astrologers I’ve followed over the years, and the charts I cast with it always seems to comport with the news accounts pretty well, so I figure if it ain’t broke, don’t fix it! With that said, let’s begin.

Event charts usually tell the story that transpired pretty clearly. In a chart like this one, however, where so much of what happened is still in question, we look for both the overt and covert signs of violence and loss of life, focusing particularly on any dynamics that signal intention, errors in information, communication and/or judgment, and so on. Such dynamics will look a bit different depending upon the time frame—our main focus here.

Here, we have three major indicators of violence and potential loss of life:

These aspects are all fairly tight, so they are definitive and potent. The unfortunate “illogic” of two ships trying to occupy the same place at the same time is reflected in the dual nature of Gemini and Sagittarius “colliding” in their opposition. The destruction to life and treasure (the sailors and the ship) is portrayed in the 2nd-8th house span of Sun-Saturn (this opposition on its own also takes in Gemini Ceres and Mercury), as well as in the fiery grand trine, tapping into that 8th house.

Chiron’s placement in the t-square highlights the potential wound to both ships’ reputations, a fact reflected in 11th house Pisces (the seas). Here’s where things get mysterious and “interesting,” however: a double quincunx (DQ), with 6th house Jupiter as focal planet. Jupiter quincunxes Pisces Neptune-Moon in the 10th and Taurus Venus in the 12th.

It’s curious that Venus rules this Taurus-rising chart: from the 12th house, this may reflect some covert commercial interests. For certain, there was precious cargo contained in both ships. The Fitzgerald's was sailors sleeping in the lower berthing compartments, not to mention an impressive array of weapons (missiles, etc.) and electronic systems.

Venus was the “morning star” here, probably glowing brightly for the sailors during those clear wee hours of the morning. Hopefully she wasn’t a distraction!

The potentially “damned if we do, damned if we don’t” DQ configuration certainly helps to put Jupiter’s square to 8th house Pluto (Libra-Capricorn) into context: a clash of mammoth powers (two humungous ships) caused by an unclear, possibly reputation-compromising situation. Again, money (Venus) could have been a factor (we don’t know what motivated the container ship’s U-turn maneuver, for instance). 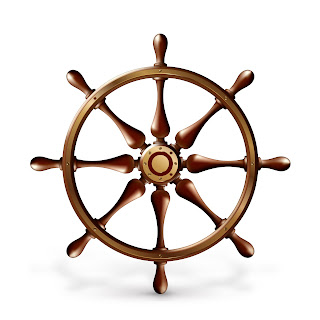 Jupiter’s 5th house placement almost suggests that a “party” atmosphere prevailed on one or both ships, but this conflicts with reports that most of the Fitzgerald's 200 or so crew were sleeping at the time of the accident. Unless the “party” involved the watch crew.

The DQ could also reflect the precarious situation the Fitzgerald faced to keep the ship from sinking; in any case, it will be good to know what conditions helped create this complicated situation.

It’s not really relevant to our focus here, but I’d be interested to know what the cargo ship was transporting: agricultural goods of some kind would fit Ceres-Mercury, but within the larger t-square context, there might also be something more nefarious, like illegal drug crops (opium, marijuana, etc.). Pisces' role could even point to a cargo that is somehow related to the slave trade (Pisces).

If the container ship was trying some kind of evasive maneuvers with its U-turn, the above Piscean possibilities could explain why.

There’s been no finger-pointing that I’m aware of yet, but the chart suggests a couple basic potentials:

a) that crew members were simply asleep at the helm in one or both of the ships, or again, that

b) there was some type of covert or nefarious intention involved. These possibilities are signaled by the 10th house Pisces Neptune-Moon conjunction, Neptune’s rulership (along with Jupiter) of the Chiron t-square.

With Neptune, of course, there’s always the possibility of intoxication and impaired judgment, as well. 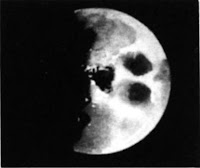 Neptune-Moon also contributed to the flooding that took 7 sailors’ lives, but this duo had help from the Mars/Asc (midpoint, 14°13’ Gemini), exactly square Neptune. Munkasey characterizes a negative Mars/Asc as “A poorly prepared defense or war making capability; leaders who don’t have the will or energy to mobilize their resources productively.”[1]

Neptune could well be the debilitating factor at play here. The Navy might want to investigate the morale on board the Fitzgerald.

All of the above certainly reflects the peril the Fitzgerald faced during the wee hours of the 17th, so what difference does it make if the chart is timed for 1:30 a.m., per Japan’s Coast Guard report? I won’t repeat the basic configurations (they all remain the same), but there are some interesting differences in angular and house placements worth considering. Let’s consider the highlights of Chart #2, below.


The Sun-Ceres-Mercury conjunction moves solidly into the 2nd house and still opposes 8th house Saturn Rx, but Pluto has moved into the 9th house, conjunct the Capricorn MC.
The Saturn/Pluto (midpoint) also falls in the 9th, now opposing 3rd house Mars. Both of these shifts comport with a deadly collision during travel abroad.
The fiery grand trine spans the same houses in both charts, which makes sense: Uranus in the 12th reflects a volatile pre-dawn event, Saturn in the 8th reflects the death toll, and the 4th house Node signifies an “end” to something.

It shouldn’t be lost on us that this Nodal axis conjoins Trump’s Mars (Leo) and the Sibly Moon (Aquarius). Perhaps these placements inspired the recent article in the UK’s Guardian.com, which draws the connection between our losses (So. Node) and Trump’s failure to fill key posts in his government, including the Secretary of the Navy.
Neptune-Moon have moved into the 11th house in this chart, while Chiron remains in the 11th. The flooding, not to mention the possible compromised reputations are still relevant—commanding officers are likely to lose their positions as a result of the accident.

Jupiter has moved into the 6th, which suits the military and “employment” nature of the event (covering both parties to the collision).
All told, it will require a bit more information to rectify a time choice between these two compelling charts, but with what we already know, we might hazard an educated guess that the 1:30 chart is more accurate overall. Saturn rules the MC in both charts; in the 2:20 a.m. chart, disaster-prone Uranus co-rules this point. 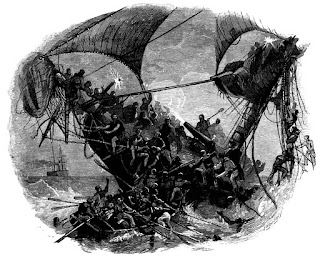 Yet, in the 1:30 chart, the deadly nature of the event is reflected in the Pluto-MC conjunction. This Capricorn conjunction may also reflect the “big picture” underlying this tragedy: commercial interests (the container ship) are literally pitted against the USS Fitzgerald’s geopolitical mission in those waters off Japan. Was the collision really an accident, after all? Too early to judge, but this chart would suggest that perhaps it wasn’t.

Turmoil in that region of the world almost certainly comes down to globalized commerce and protecting that commerce in the end—protecting access to shipping routes, being positioned to respond to conflicting interests, etc. China and Japan have their issues these days, as do many others in that region—Obama was trying to position the U.S. for a bigger role in Asia, but he was more likely to forge agreements than deploy warships.

Which is not to downplay the threat North Korea poses and why the USS Fitzgerald is needed in that region. Now that this ship is disabled for some time to come, we’ll have to see what comes next. This brings me to one final thought, which is a bit of pure speculation about both these charts: is there a possible connection between the hostility of Filipino president Duterte towards the U.S. and the behavior of that Filipino-flag bearing container ship?

Specifically, does Duterte have any reason to fear or dislike our ship’s presence in those waters off Japan? If reports I’ve seen are accurate, the Philippines has a very “complicated” relationship with the illegal drug trade that could fit the Neptune activity in this chart.

I’ll leave you with a noon chart for his reported birth data: see what you think!


Most importantly, our thoughts and prayers are with the families of our lost sailors.