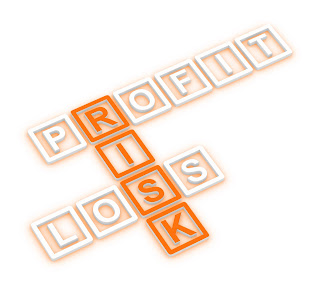 This week's convention reminds us that we’ll have to decide which candidate we want to trust with truly heinous power—who do we “Buy” and who do we “Sell?” In the end, Wall Street is merely an amoral tool—how will we use it going forward?
As the 2007-8 recession proved only too clearly, there are two tightly entangled economies driving life in this country (and perhaps in the world itself): the consumer—or “Real”—economy that dictates the price of tangibles, such as keeping a roof over your head, filling a gas tank and putting shoes on the kids’ feet; and Wall Street, the place where Money disappears into abstract “securities,” bonds and shares of stock—effectively, digits on a screen, which either grow and multiply, or decline and disappear, depending upon the whims of the day.

Theoretically, the entanglement of these two economies is a positive: for instance, if a company manufactures appealing, quality shoes for your kids, then you, the consumer, will want to buy those shoes, which will feed that company’s bottom line and stock prices. This should drive the wheels of further production (ideally producing more jobs), broaden the company’s market reach and the demand for their shoes. More demand = more shoes to produce; more jobs = more people with money to buy shoes. One quality product that fills a true need can be the start of something big and productive for the whole country—if the interests of these entwined economies are kept in balance. 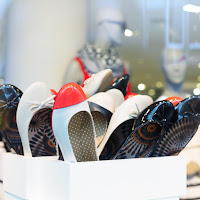 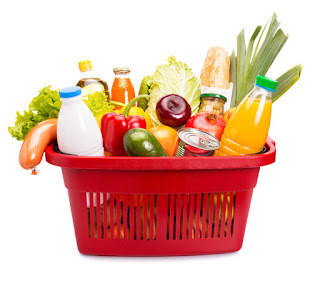 Or put another way, if the abstract part of the system forgets that there are real needs at stake in the trillions of transactions criss-crossing the global airwaves at any given time, things get severely out of whack. A host of social ills pile on from there.
Ultimately, such imbalances cannot be sustained: for one thing, consumer product sales account for roughly 70% of the U.S. national GDP. Even more important is the fact that Wall Street needs consumers with money in their pockets as much as consumers need Wall Street to restrain its greediest impulses. I may be grossly oversimplifying how it all works, but in astrology Venus rules finances as a function of social interchange, and she likes balance!
So, there’s a lot of talk about the current buoyancy of Wall Street numbers—they’ve gone up and up and up for an extended stretch now, despite (or cynically, perhaps because of) extreme volatility in the streets, a terrorist attack in France, a failed coup in Turkey, and most importantly for our purposes here, a markedly unconventional GOP Convention in progress. Perhaps the NYSE chart and current transits will tell us something? 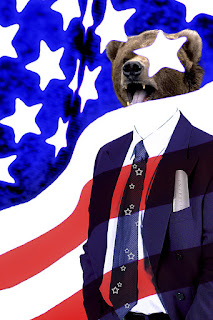 Sunrise at the GOP Convention: what does it say about the NYSE?
We don’t need a chart interpretation to know that Wall Street likes the GOP, and especially billionaires, but Wall Street is perhaps more ambivalent about Trump than we might expect. Simply put, he and his ideas are too unpredictable for queasy, risk-averse investors. This makes the following biwheel an interesting read: first, because it captures the tone of our bizarre, volatile times, and second, because it places the GOP Convention in a somewhat different context than mainstream Media tends to address.

Biwheel 1: (inner wheel) Radix, New York Stock Exchange, May 17, 1792, 10:00 a.m., LMT, New York, NY; (outer wheel) Sunrise chart, 2016 GOP Convention, July 18, 2016, 6:09 a.m., DST, Cleveland, OH.
Interchart T-square: GOP Uranus-Eris & NYSE Saturn-MC (Aries) oppose NYSE Jupiter-Neptune (Libra) and all squares GOP Sun-ASC (Cancer); GOP Sun-ASC trines GOP Mars (Scorpio). This tense configuration reflects the harsh, death-and-security-oriented theme running through the convention’s first night, and it points to an interesting dynamic between Trump’s agenda and Wall Street. The claim Trump is making reads like the keywords involved: Trump will protect our Wall Street assets from nebulous threats (Sun-square Jupiter-Neptune) with disruptive violence towards others (Uranus-Eris) that is sanctioned by Wall Street (Saturn-MC). Peace-making was notably not on the agenda.
The intensely aggressive, masculine tone of the proceedings (Sun-trine Mars in Scorpio) was softened  somewhat by the Cancer Sun—enter super-model trophy wife Melania—apparently to bolster Trump’s machismo and address how he “loves this country.” Trump’s anti-immigrant narrative was imbued with his signature Neptunian double-whammy here—a harsh, nationalistic message, coded with feminine charm by an immigrant wife. Interestingly, the convention Sun conjoins Trump’s natal Venus-Saturn, so it’s not surprising that Melania’s speech (apparently partly lifted from Michelle Obama) attracted a Twitterstorm of criticism.
We can’t underestimate how disruptive this configuration could be for the NYSE, either. Uranus and Eris have been applying to NYSE Saturn-MC and opposing that chart’s Jupiter-Neptune for months, and could certainly account for the Wall Street losses that preceded the current bounce-back. Uranus-Eris both create and respond to triggering events, such as the ongoing protests and civil unrest over racial divisions, more terrorist attacks, a military coup attempt abroad, etc.
The tension between transiting Uranus and NYSE Neptune here speaks to the global reach of the Market, as well—how will global investors react once Donald Trump is the official GOP candidate? More importantly, how will Trump envision using the Market to achieve his agenda? 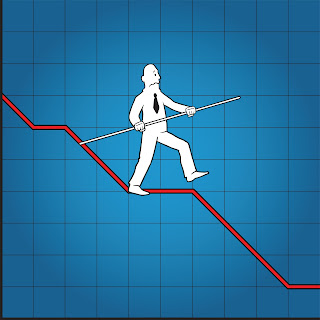 GOP Mars (Scorpio) inconjoins GOP Uranus (Aries)-NYSE Saturn-MC; GOP Mars squares NYSE Pluto (Aquarius). Clearly, the NYSE has weathered many storms, but these harsh Mars aspects seem especially volatile and belligerent. Uranus was in early Aries, trine the NYSE Leo Ascendant-Radix Uranus, when the October 1929 Stock Market Crash took down the nation’s economy (chart not shown); Scorpio Mars also squared NYSE Pluto in that 1929 chart, so the historical echoes are sobering.
Unfortunately, economic depressions are prime-time for strong-man governments (yes, even FDR was a strong-man of sorts), so the interesting convergence of Trump’s warlike narrative with possible threats to the economy and the NYSE is more than accidental. GOP Uranus and Sun-Asc also create an interchart T-square with the U.S. Sibly Pluto in Capricorn (not shown), an area of that chart which will be under intense pressure in the next five years.
Not surprisingly, the harsh rhetoric on the GOP stage reflects the astrological probability that the nation is moving towards a major geopolitical entanglement with intense financial significance. How that event takes shape will be modified by the hand at the helm.


GOP Pluto (Capricorn) opposes NYSE Chiron (Cancer), trines NYSE Mars (Virgo) and squares NYSE Jupiter (Libra). The so-called “fundamentals” of the Market should continue feeling sound with such a solid earth trine, but the square and opposition aspects here suggest a wounding transformation (Chiron-Pluto) of sorts is in the works. Jupiter rules growth, and in Venus-ruled Libra, it is disposed by Venus’s strong earthy placement in Taurus, but Pluto’s square to Jupiter spells a shift in power dynamics vis-à-vis the Market, possibly as a reaction to public perception (Jupiter’s conjunct Neptune here) of global affairs. Or, the shift could be more internal, in keeping with shifting dynamics within the U.S. government itself.
If Bernie Sanders was going to be the next president, we know he would have made serious changes on Wall Street a priority, for the sake of tuition-free education and universal health care; it’s less clear how a president Trump would relate. Imposing the tariffs he’s proposed on imported goods would disrupt not only the Market, but the trade agreements that currently feed the Market.
Although we can also argue that fewer imports would feed the "Real" U.S. economy, Wall Street would be challenged to adjust, and this could certainly cause the wounding signaled above. More importantly, war feeds certain industries quite extravagantly; it would be interesting to see where Trump invests his billions in that regard. And, it would be interesting to see how Trump might wish to push the limits of presidential power (or his personal influence) over the Market itself. 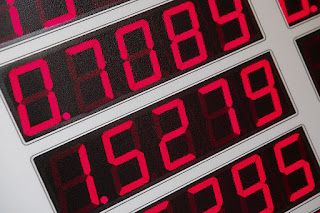 GOP Uranus-Eris & NYSE Saturn-MC (Aries) sextile NYSE Pluto (Aquarius); GOP Pluto (Capricorn) inconjoins NYSE Uranus (Leo). Jupiter and Neptune in Libra speak to the abstract digitizing of the global economy and a privileging of those global flows of capital over all else, but this abstract side of the Market is kept in balance by Jupiter-Neptune’s opposition to this fiery Aries Saturn-MC, disposed by earthy Virgo Mars and strengthened on the global stage by NYSE Pluto in Aquarius (disposed by power players Saturn-Uranus here). The Market can, unfortunately, be harnessed as a weapon, which appears to be the agenda for transiting Uranus-Eris (disposed by Mars) in this configuration. This direction is reinforced by GOP Pluto’s inconjunct with NYSE Uranus in lordly Leo.
We forget at our peril that Donald Trump’s natal Mars (29°+Leo) taps into the power centers of the NYSE chart very neatly: trining that chart’s Saturn-MC and sextiling its Jupiter-Neptune. Trump’s Pluto (10°+Leo) conjoins NYSE Ascendant and Uranus; if anyone is equipped to weaponize the Market, it’s the Donald.
Finance has always played a big role in geopolitical power dynamics, but this biwheel suggests that "we ain't seen nothin' yet."

The road ahead
The biwheel we’ve considered above reads like a cosmic cautionary tale: in case we’ve forgotten, in times of war, the president is allowed to suspend provisions of the U.S. Constitution at his or her whim, by declaring martial law. That’s why we had Japanese internment camps during World War II and why we still hold political prisoners in Guantanamo Bay who’ve never had their day in court. It’s how atrocities such as waterboarding and other war crimes become “normalized” during extended periods of conflict (our post-9/11 reality). Trump wants to be known as the "law and order" president; given his belligerent foreign policy views and claims that we're "already at war," declaring martial law could be the logical next step.
This week's convention reminds us that we’ll have to decide which candidate we want to trust with truly heinous power—who do we “Buy” and who do we “Sell?” In the end, Wall Street is merely an amoral tool—how will we use it going forward? 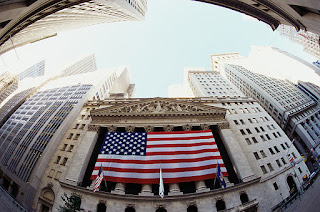 Posted by Raye Robertson at 11:14 AM No comments: