Trump the Magic Dragon runs aground? More on Election 2016 retrogrades 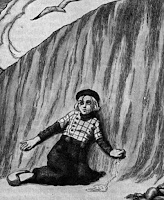 Trump’s handling of this retrograde period...will certainly impact what happens...If he shrinks into his smaller, self-defensive self, his campaign just may suffer the results.

Back in September 2015, I posted an early analysis of Trump’s natal chart, and of his chart against the U.S. Sibly chart. In light of the rough week the Trump campaign has had in the media, it seemed like a good time to return to one of the key points I speculated on at that time: “Despite all of this, however, no one seems quite sure if—on the flip side of his blustering routine—there’s a serious presidential contender.”

Of course, this is the perfect time to reconsider the whole election, not just Trump’s role in it—Jupiter and Saturn are now both retrograde, square each other in Virgo-Sagittarius, and Mars’ about face is on the horizon in mid-April. In this post, however, the focus is on Trump, for good reason.

A lot of questions have been raised this week: Has the Trump campaign reached a tipping point (and related, is it all downhill from here)? Is Trump being victimized by the media? Or is he simply his own worst enemy, causing his campaign to self-destruct?

The astrological questions at stake seem to be: have the Jupiter and Saturn retrogrades begun to take a toll on his candidacy? What about the upcoming Mars retrograde?

Let’s consider how the week went in more detail:

No more phoning it in…
On March 21, just 4 days before Saturn stationed and turned retrograde, the television networks revealed their intention to stop allowing Trump to “call it in,” granting him interviews over the phone instead of in person, as the other candidates are expected to do. A MediaMatters blog reporting on this issue characterized the advantage Trump was enjoying this way:


Trump has dominated the Sunday morning political talk shows since the beginning of 2015, appearing more than any other candidate, (63 times) including 28 interviews by phone -- a privilege the shows have not allowed any of the other four  remaining presidential candidates. Media critics, who say the format gives Trump an upper hand, have called out the practice noting that allowing him to interview by phone "is a signal of the extent to which the television cable networks contort themselves to accommodate Trump."
On the heels of this ban on phone interviews, the more persistent headlines this week have come from face-to-face town hall interviews with journalists Chris Matthews and Anderson Cooper; with Matthews, Trump set off a series of missteps regarding the abortion issue, and Matthews’ rapid-fire questioning caught Trump very visibly off balance. Interestingly, the candidate’s usual bluster/pre-emptive strike technique didn’t cover up his lack of knowledge and attention to the issue.

With Cooper, Trump defended his recent Twitter attack on Ted Cruz’s wife, Heidi, exhibiting what the journalist called the tactics of a “5-year-old.” In this interview, Cooper also kept Trump’s sometimes misleading claims in check by literally interrupting the candidate’s more questionable pronouncements:

Butting in as often as Cooper did in Wisconsin required him to abandon conventional principles. It was also hard because of the sheer volume of Trump's misleading claims and because the billionaire hates to be interrupted. He's always ready to take back control of the conversation with a forceful "excuse me."
In fact, Trump wound up dropping 18 "excuse mes" on Cooper in one hour.
It wasn't just real-time fact-checking that made Cooper's session with Trump so good. He also showed an ear for subtle inconsistencies and refused to let them slide.
Add all that into the March 29th arrest of Trump campaign manager Corey Lewandowski, on charges of assaulting a reporter at a campaign rally, and it’s no wonder there’s a lot of speculation afloat.

Has Trump’s campaign reached a “tipping point?” Is the candidate losing control of his message?

Skating backwards
Saturn’s about-face at 16°+ Sagittarius was momentous this past week (March 25th) for its critical timing—both for this campaign, and for the exact Rx-Rx square it formed with Jupiter in Virgo. Jupiter has been skating backwards through Virgo since January (it turns direct again on May 10th at 13°+Virgo). As we’ll see, the mutable sign placement of these retrogrades is an important key to their impact on Trump’s chart. Let’s consider the biwheel for Trump and Saturn retrograde:

Interchart T-square: RX chart Saturn (Rx Sagittarius) conjoins Trump Moon (Sagittarius) and opposes Trump Gemini Sun-Node-Uranus; all this squares RX Jupiter (Rx Virgo). We could also view this as an interchart Grand Square, allowing a more generous orb for transiting Neptune in Pisces, but the T-square alone gives us plenty to ponder. Mutable t-squares are known to be very agitating, and with Saturn involved at least some of that agitation is related to demands on the ego. This reflects the pressure Trump is experiencing to account for his words and ideas (Gemini-Sagittarius)—to take responsibility for the substance of his campaign (which can’t be easily separated from the man himself) by calling him to task for what he says.

RX Jupiter transits Trump 1st house, semi-sextile Trump Jupiter (Libra). Under less stressful conditions, Trump’s natal Jupiter-Uranus trine unconditionally supports his bluster and use of “shock and awe” tactics. These have served him well in business and in his campaign up to this point; however, Jupiter Rx transiting his 1st house is cramping his style, forming an irritating semi-sextile with his natal Jupiter (Libra) while it squares his natal Gemini-Sagittarius points.

Granted, Jupiter has been Rx in his 1st house for months, but now that transiting Saturn Rx has joined the picture and begun to tighten up the scrutiny, Trump finds himself tripping over his tongue (Gemini) and running afoul of the Media. In all fairness, the Media is undoubtedly reacting to criticism over how they’ve “created” the Trump phenomenon.

RX Uranus (Aries) trines RX Saturn-MC (Sagittarius) and inconjoins RX Jupiter-Node (Virgo); RX Uranus opposes and RX Saturn sextiles Trump Jupiter (Libra).  This configuration affects Trump’s 1st, 4th and 8th houses, also pulling his Gemini-Sagittarius points and his critical Jupiter (2nd house) into the tense situation. This configuration is probably giving Trump second thoughts about the presidency. His Leo personality (ascendant) thrives as a public figure, but does he really see himself as a public servant who answers to others? (Virgo). If he did, perhaps he would drop the Reality TV persona and become more presidential, as even his wife has reportedly counseled him to do.

These demands (as we see here, coming from several directions) are certainly reflected in Saturn Rx’s 4th house transit and in its sextile to his Jupiter. Transiting Uranus’s opposition to his Jupiter, along with that sextile, offer an opportunity to leverage the configuration, but Uranus in his 8th does seem to be having a negative effect on his support base (including the media).

RX Uranus squares Trump Mercury-Saturn (Cancer). What would a more presidential Trump look like? The U.S. (Sibly) chart features a 13°+Cancer Sun, which conjoins Trump’s Mercury/Saturn (midpoint) in Cancer, so perhaps this point represents the expectations of the office. Embracing the potential in this midpoint would mean much more restrained, responsible rhetoric and serious attention to analysis, especially in regards to defensive, security matters. With this Mercury disposing his important Gemini points, the effects on Trump’s public persona would be dramatic.

To not make those changes now threatens his support base (Uranus transiting his 8th). Trump may not need financial support, but he certainly needs Media access and experts who will fill in his deficits. More than anything, he needs to control his own narrative, and that 11th house, public discourse issue (Mercury-Saturn) is under fire here.

If Trump has a “hidden agenda” related to power (12th house Pluto), this retrograde Mars may reveal it. A lot of media analysts are trying to understand what makes this man tick, so there could be revelations—not what a man who likes to control his narrative will welcome.

RX Venus (Aries) opposes Trump Jupiter (Libra), trines Trump Pluto and trines RX Mars/RX Saturn. This interchart grand trine may shore up Trump’s support somewhat, but the retrograde suggests there will be lost enthusiasm, and in politics, that can mean everything (witness Jeb Bush’s precipitous decline). Even the diehard supporters Trump claimed would “shoot someone for him” might find themselves reconsidering, especially if Trump assumes he can "coast" his way to the nomination (grand trines are good for that). Ted Cruz is playing his cards very carefully as Trump’s “better half,” and he is positioned to benefit from a Trump decline.

Long story short…
Trump’s handling of this retrograde period (especially combined with all the issues discussed with Jupiter and Saturn retrograde) will certainly impact what happens in the remaining primary elections and at the July GOP Convention. When Mars goes direct again at the end of June, it will closely trine his Saturn from 23°+Scorpio, so he has a chance to consciously turn some things around before the Convention if he cooperates with the demanding energies of this period. If he shrinks into his smaller, self-defensive self, his campaign just may suffer the results.

Posted by Raye Robertson at 3:04 PM No comments: