The Abduction of Persephone & The Planetary Myth of Electability

On the surface this myth doesn’t seem to say much about the nebulous concept of “electability,” but I would argue it does because it concerns how power is distributed among the powers-that-be. Those who are “electable” must either fit the prevailing system of power or prevail over that system, for better or worse. Let’s dig a bit deeper into what that means, astrologically.

Hades (aka Pluto in astrology) is the so-called subterranean god of the underworld, a “chthonic” god ruling the “earth and everything in it,” and by extension the earth’s natural life cycle, in its most primal form. He is powerfully partnered by his queen and envoy, Persephone, whose comings and goings are far from random: her wintry disappearance reflects the “death” of fertility at the end of each growing season, and her spring reappearance evokes the “rebirth” of the earth and the next planting season. We mess with their natural rhythms at our peril. When it’s time to let the fields go fallow, we push them to produce in vain. I believe our U.S. politics has reached this point in the natural cycle.

The point of diminishing returns
Hades is not moved or chastened by Demeter’s (Moon/Ceres in astrology) pleas to release Persephone, by the way—he simply owes the big guy Zeus (Jupiter in astrology) a favor, and that’s how business gets done on Mount Olympus. Hades knows who has the final say (he does); he knows the earth’s future depends upon not only his largesse (such as it is), but on easily corruptible humans (he knows the clay they’re made of). Most importantly, he knows if he plays his cards right (the cards he’s stacked in his favor) that his lovely Queen will soon be at his side forever (bad news for the earth).

In other words, neither life on earth nor our political system are givens; Pluto holds the  easily-revoked leases on both, and though we can each assign the metaphorical final say to the power or deity of our choice, there’s no denying that human choices make a difference. Nothing ticks off a chthonic god like being taken for granted. As for our politics, Pluto will be happy to help us put it out of its current misery.

In fact, that process seems to be underway, which brings us back to why our political life cycle seems to be at the point of diminishing returns. Ever-increasing amounts of time and money are spent campaigning, yet many understandably suspect that it’s all just window-dressing at best, “smoke and mirrors” at worst. Few trust anybody in government, so we must therefore distrust everybody who would want to sign on. Besides, can anything get done when clearly half the country will despise—with venomous hatred—everything the other half supports?

The “Old Boys’ Network”
Pluto isn’t working alone in this regard—Neptune’s influence is also key. As the longest orbital astrological cycle, Neptune and Pluto very gradually (over a 492+ year cycle) create the global conditions within which civilizations rise and fall. And yes—in case the agricultural parallel still sounds hollow—dynamics such as soil erosion and resource depletion have led to the demise of past civilizations (see Jared Diamond’s Collapse: How Societies Choose to Fail or Succeed, New York: Viking, 2005). Perhaps Arnold J. Toynbee puts it best: “Civilizations die from suicide, not from murder.” 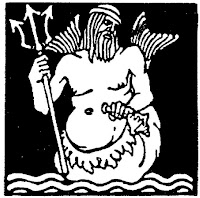 At their most toxic, Neptune and Pluto not only enable suicide, but (related) apocalyptic thinking, a type of thinking authors Matthew Barrett Gross and Mel Gilles analyze at length in their 2012 study The Last Myth. Gross and Gilles point out the connection between this doomsday mentality and what they call the “defense of a worldview,” claiming that this is why so many civilizations have failed. They question why, when faced with a crisis, did these vanishing societies fail the challenge?  The parallels with today's situation are disturbing:

“No; ignorance fails prima facie as an excuse for the collapse of many ancient societies, given their advances in mathematics, astronomy, and other scientific fields. Instead, many ancient societies failed for this simple reason: the changes societies needed to make to avert the crisis before them were antithetical to their accepted beliefs and customs; their very worldview prevented them from making the necessary changes to avert disaster.”


Zero-Sum politics = No-Win situations
The prevailing worldview in U.S. politics is equally entrenched and a similar obstacle to solving serious problems. Through a long history of polarized politics (if you think today is bad, look at our pre-Civil War politics), we’ve been taught to believe that politics is a Zero-Sum game of tug-o-war between the priorities of the Right against the priorities of the Left—as though we have no interests in common. Sadly, this confusion (a Neptune specialty) prevents us from acting on important national interests (like education, infrastructure, public health, safety and the environment) until there’s a crisis—and even then, the results can be pretty pitiful. Crisis management is not government; it’s the antithesis. 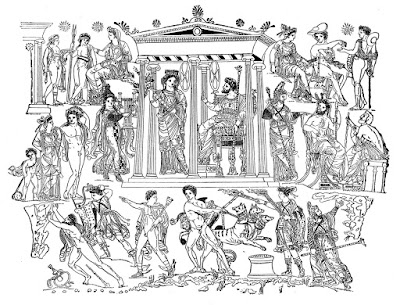 Unless things take a surprising leap in one extreme direction or another (the province of social/collective planets Jupiter, Saturn and Uranus), Pluto in Capricorn and Neptune in Pisces will continue promoting the “Big Money/Big Illusions” worldview that’s trapped our politics in a downward spiral of its own gravity. But Gross and Gilles also point out that defending our worldview is not the only obstacle to adapting and solving problems: the “in-group bias” that inevitably arises when people feel threatened is another aspect of apocalyptic thinking that stymies cooperation and progress. Terror of “the Other” is shot through with mortality dread (Pluto) and confusion (Neptune)—together, they are such a powerful, erosive political and civilization-destroying tool.

The trouble is, in this election year, the destruction of our system is an “inside job.” World terrorism and a host of other crises, felt elsewhere much more than in the U.S., are simply tools for furthering that cause. So candidates proclaim that they will “make America great again,” but we can’t even agree on what that means: our very concepts of democracy, the American Dream and American “greatness” have been eroded, twisted and wrung dry. Yet we go through the motions, with both sides proclaiming what a critical, high-stakes election year this is.

So what, at this stage of the cycle, makes a candidate “electable?”
Electability is usually calculated in dollar terms these days. Candidate A has $XX millions in their election “war chest,” which should get them through primaries in X, Y and Z. The trouble is, water—money, in political terms—does not fertilize a field. It irrigates the field, keeps healthy plants from dying, but it doesn’t feed the vigor or nutritional quality of the plant. Too much money rots an election as surely as too much water rots a fruit orchard.

Here’s where the electability of a candidate has become such a confusing, tortured concept. Technically, whether candidates are electable is up to the voters’ will to choose, to overcome gerrymandered districting, and to make their votes count. Then there’s the Electoral College to contend with (devised from the get-go to undermine the popular vote). And, if all else fails and we have an electoral college/popular vote stand-off as in the year 2000 (not hard to imagine this year), the question becomes who is “electable” to the Supreme Court? The fact that we even ask whether a candidate is “electable” suggests we know there’s a problem. We know that the system is rigged to chew up and spit out any candidate who attempts to defy the gravity of our system. Trouble is, defying that gravity may be the only thing that saves the system from swallowing itself whole.

Defying gravity
On the upside of this grim tale, Neptune and Pluto are challenged this year—Saturn (ruling Capricorn) is transiting square Neptune while also transiting trine Uranus. Chances are good that this combination—discussed in a 1/28/16 post here in regards to the parallel populist movements of Donald Trump and Bernie Sanders—will continue disrupting the status quo. The much-analyzed “anger” (Uranus in Aries) Middle America is feeling towards the status quo is at the heart of the matter, and with a trine to Saturn, change could be in the offing.

But there’s no guarantee either side’s “revolution” will prevail (and the “Establishment” is circling its wagons as we speak). Nothing deflects anger and smothers a revolution like a shooting war, and our gravity-bound system is just spoiling for one. Several troubling astrological indicators suggest that 2016 and 2017 will be fertile ground for such adventures (stay tuned for more on this in a future post).

Posted by Raye Robertson at 11:53 AM No comments: