More Astrology for Film Buffs: Saturn and Neptune in the Director’s Chair

As Astro-Director of the film making process, Saturn corrals the energies of the entire collaborative universe of Film and shapes them into a coherent form that serves the artistic, technical, storytelling and business needs of the medium.

Saturn rules the structural issues in film making, but we shouldn’t overlook the importance of Neptune in this art form. Saturn and Neptune don’t really like each other, but they need to hold their proverbial noses and agree to collaborate before creative work such as films can take shape.

For instance, film making styles often vary around the issue of structure, with a continuum of styles that range from tight, Saturnian order (rigid linear chronology, exacting use of the Classical Paradigm structure) to extreme Neptunian fluidity (playing around with temporal frameworks to create an interplay between past, present and future actions).

In the case of the Star Wars saga (now 7-episodes), creator George Lucas rolled the series out over four decades by using very creative temporal engineering, with sequels and prequels filling in narrative gaps and moving the epic tale along. Importantly, this Saturn-Neptune fluidity always allowed Lucas to plan for the next thing, past or future. More on Lucas and the Star Wars franchise to come in a future post (see my “prequel” post on October 29th)!

Even on the Neptunian extreme of the structure continuum, however, Saturn’s initial framework and planning are essential. The films of director Quentin Tarantino (Pulp Fiction, Django Unchained, etc., and in January, The Hateful 8) are good examples of this: his films are notable not just for their controversy (he’s in the news again today), but their non-linear timelines. In these cases viewers use their “internal” Saturn to mentally construct the story’s beginning, middle and end, and to literally piece together what happened. This makes for a very active viewing experience.

Interestingly, Saturn and Neptune are square in Tarantino’s natal chart (no time available, so noon chart, below), which speaks to his unorthodox approach to film making, as well as his fluid temporal “engineering” abilities. Tarantino’s Uranus-Pluto conjunction in Virgo—with Uranus opposite and in mutual reception with Venus in Aquarius—speaks to both his technical virtuosity and his highly-charged, controversial film themes.

With transiting Saturn and Neptune within orb of their Sagittarius-Pisces square at this time, and the Uranus-Pluto cycle Tarantino was born into still in its square, Aries-Capricorn phase, the recent controversy over his “anti-cop” comments in the media are not surpising. A long list of boycott pledges has amassed for his new film, The Hateful 8, two months before its January 8th release. The noon chart for this release reveals a lot, including the volatile reception the film is likely to receive (see below):

The media website imdb.com has posted the following plot summary for Tarantino's film: “In post-Civil War Wyoming, bounty hunters try to find shelter during a blizzard but get involved in a plot of betrayal and deception. Will they survive?” The release chart (above) certainly speaks to this theme:

The Sun conjoins Pluto, which perfectly suits the survival and betrayal theme; Saturn square Neptune (Sag-Pisces) injects fateful obstacles, deception and most likely, madness. Even without seeing the film, we can imagine how the whole premise of bounty hunting—literally stalking and destroying other human beings for the sake of money—leads to madness and betrayal.

Uranus and Pluto remain in their volatile Aries-Capricorn square phase here, and with Uranus’s “sidekick” Mercury in Aquarius square Mars in Scorpio, we can expect over-the-top violence, blood and gore, not to mention the “shock” factor we’ve come to expect in Tarantino films. Venus-conjunct-Saturn trines Uranus in Sagittarius, suggesting at least a few steamy, sexually-charged scenes, perhaps laced with socially-conscious elements.

Such elements appear woven into the fabric of this narrative: Saturn disposes Capricorn Sun-Pluto and Moon (assuming the film is first seen after noon, EST) and Aquarius Mercury (disposed by Aries Uranus), so we can expect messages about authority, raw power-over vs. power-for and—depending upon how the bounty hunting premise unfolds—excesses in military justice (Jupiter in Virgo trines Sun-Pluto and disposes Venus-Saturn in Sag). With all the harsh, hard-nosed energy in this chart, we can expect this film to continue being controversial (and probably thought-provoking) long after its release. 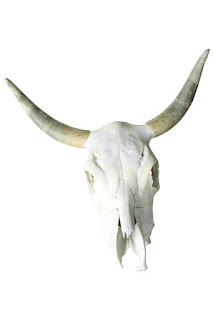 Posted by Raye Robertson at 11:59 AM No comments: