In a 2006 Mountain Astrologer article, astrologer Edward Gillam made a thorough case for “fundamental global changes in political structures and values” during Pluto’s transit of Capricorn. He also pointed out the importance of the security- and resource-conscious Cancer-Capricorn axis in the Sibly chart, and the role this is likely to play as Pluto returns.

Certainly, just the idea of Pluto in Capricorn is daunting—like expecting a visit from the “big bad wolf” before we’ve got our “house of bricks” in order. Yet, Capricorn and its ruler Saturn are the bedrock of “common sense”—what Aquarius Now calls a “…practical balance…a way of being in the world…not what we know, but how we know it…” Marilyn Ferguson says that common sense “…wants to learn even when the lessons are hard. It is a subtle sense of consequences and possibilities.” Houses made of sticks and straw don’t stand a chance. We may learn some hard lessons in the coming years, but there are reasons to believe the times can be productive and positive.

For starters, at Pluto’s return, (outer wheel, biwheel below), 8 of the 10 outer-planetary cycles will be waxing. Mundane Astrology suggests this “produces a sense of optimism, buoyancy, initiative, extravagance, a willingness to take risks, to explore, to begin enterprises.” Despite (or perhaps because of) Saturn’s out-sized presence in this return, a closer look at the 2/20/2022 biwheel with Sibly (below) supports this assessment:

Saturn issues
Return Saturn is strong in Aquarius, ruling three (return chart) Capricorn planets (Venus, Mars and Pluto) and co-ruling Mercury and the MC. Saturn itself is disposed and widely squared by the return chart’s staunch Uranus in Taurus. Saturn trines both the return chart’s Moon and ASC, which suggests a good time and supportive environment for “reclaiming personal sovereignty” from entrenched institutions.

This potential may be outweighed, however, by the inter-chart grand trine that return Saturn forms with Sibly Mars and Saturn. Such pervasive, dynamic Saturn energy between charts suggests a focus on active, responsible manifestation, but Saturn (also trine return Moon) will take its cues from us about what to manifest in our legislature, making Mars’ presence in the grand trine a possible red flag. Cool heads will hopefully prevail.

Chart Ruler Mercury & the Media
Return Mercury in Aquarius (also trine Sibly Saturn) rules this 2022 chart (16° Gem rising), suggesting cool-headed negotiations of a global nature may stand a chance, but with return Neptune (Pisces) trine Sibly Mercury (Cancer), there could be a massive effort to sway public sentiment via the media, especially with messages that trigger security concerns (Pisces-Cancer). Even if we are able to maintain our rational judgment, the power of the people (return Moon is also trine Sibly Moon) will be challenged by things happening in the Sibly 2nd house, where Pluto will be returning.

A full 2nd house
Venus, Mars and Pluto will all be converging on the Sibly’s Capricorn 2nd house at that time: Venus and Mars will conjoin on the exact degree that kicked off our current Uranus-Neptune cycle in February, 1993 and within 3 degrees of where the new Saturn-Pluto cycle will be launching (22+Capricorn) in January, 2020. Pluto’s last minute “conference” with Saturn so close to the return point suggests that powerful forces will be managing the potentials of this “rebirth,” for better or worse. We can expect that global industries—especially natural resource-oriented industries—will be wielding more than their usual influence, and that national goals and action plans (Mars-Saturn) will be tightly focused on profit and resource control (Venus-Pluto).

We already see that competition between nations for natural resources is growing as environmental stress increases; the heavy Capricorn energy and cycle connections in this chart suggest that the U.S. will be focusing more seriously on sustainability, and that corporations will likely see the profit potential in those efforts. War and the weapons industry will remain obscenely profitable, of course—a serious pitfall for the higher purpose of Pluto’s return.

Neptune & Mars
Amazingly, Neptune (at home in Pisces) exactly opposes Sibly Neptune, creating an inter-chart T-square with Sibly Mars. The Galactic Center (26+Sagittarius) fills in the 4th leg, forming a grand cross. Coinciding with our Pluto return, this configuration could help the nation release its unhealthy collective illusions (fill-in-the-blanks), and regain its true idealistic heritage (Sibly-Pisces 4th house). Best case scenario: we heal our toxic addiction to carbon-based fuels (Neptune opposite Neptune) and to our increasingly tangled, co-dependent relationships in the Middle East and elsewhere. Worst case scenario: these relationships—a seemingly endless parade of ideological (Neptune) “enemies” (square to 7th house Mars)— threaten to further destabilize the global balance of power and our own national security. The challenge will be to prevent return Neptune’s “dis-illusionment” process from being derailed by the usual power players.

Jupiter & Uranus
Also in Pisces, return chart Jupiter will expand upon co-ruler Neptune’s efforts. Trine Sibly Sun and Jupiter, it could support the “dis-illusionment” of our national leadership, but a T-square between return chart Jupiter and Sibly ASC-opposite-Sibly Uranus suggests that our defense industries and military enlistments will be stressed and expanding.  In the return chart itself, Jupiter sextiles Uranus, and both inconjunct Sibly Saturn (forming an inter-chart Yod). There will be grassroots pressure on Congress to finally breakthrough their ideological inertia and get something constructive (Uranus in Taurus) done. Best case scenario: badly needed public infrastructure projects get more attention at this time. Worst case scenario: the ideological factions in Congress unite around a deepening “no-win-situation” in the Middle East.

A cosmic "reset"
Finally, the simple fact that Pluto is “returning” says that—in terms of the nation’s outer-planetary evolution—we get to push the “cosmic reset button.” Can we put the nuclear threat genie back in his bottle? Can we return to clear, simple values that work for everyone? Can we evolve, finally, into the promise of Pluto in Capricorn—collective integrity—and send the “big bad wolf” packing?

One last word about houses, pigs and a fairy tale ending. As the well-worn tale illustrates, the big bad wolf can only blow a pig’s house down if it’s flimsily made. This made me wonder about the Sibly Moon’s placement in the 3rd house—are “we the People” due for a fairy tale comeuppance with this Pluto return? The 3rd is subject to everything that happens in the 9th—the source of a lot of ideological “huffing and puffing”—but I would argue that the 3rd is also where Ferguson’s “radical common sense” potentially thrives. With an Aquarius cusp, it’s the house where rational, inventive, but determined “pigs” learn to live in the world of bricks and sticks and straw, and big bad wolves. It’s where we take responsibility for our choices and our freedom to make choices (You want to build with sticks? That’s your prerogative!). Exactly semi-sextile our bottom-line-driven 2nd house Pluto, this Sibly Moon is forever struggling to get and keep its share of the nation’s resources, but happily, the third house is also where “Necessity” mothers her inventions. Some pigs use their common sense better than others, of course; that’s why Aquarius promotes working together!

More to come on planetary cycles to watch for between now and 2022! 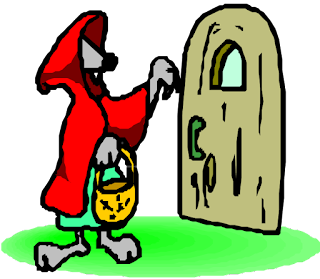 Posted by Raye Robertson at 1:52 PM No comments: