Would Putin be welcome in Disneyland today?

Mundane astrology shows that historical figures and events of public importance resurface in public consciousness when both the time and context are ripe. The planets keep orbiting in their various cycles, driving cultural and collective developments, and the past is forever being brought forward for reconsideration and further work. Strange convergences often result!

Among them is a story in the news about how 56 years ago this September 19th, then-Soviet Union leader Nikita Khruschev—hosted by then-president Richard Nixon—was barred from visiting Disneyland. The official excuse was an inability to guarantee the security of the Soviet leader, but Khruschev didn’t buy that for a New York minute. Many other dignitaries had been welcomed with open arms in Disneyland, so why not him? (he was really upset about this!)

There were probably multiple reasons for Disney’s actions, but in retrospect, it’s not surprising he didn’t want to open the “ideal world” he had created in Disneyland to a man who might construe his manufactured nostalgia for “small-town America” as capitalist propaganda. Being an avid anti-Communist with FBI informant credentials, it seems Disney simply wasn’t going to invite that kind of scrutiny.

Fast-forward almost 50 years, and the disconnect between American and Russian perspectives and values dominates the news again—this time, on the issue of defeating ISIS in Syria and beyond. Both President Obama and Russia’s Vladimir Putin spoke to the U.N. General Assembly earlier today (9/28/15)—predictably, offering diametrically-opposed views of the problem and its solutions. Business Insider online reports that Putin blames foreign (U.S.) “meddling” in Middle East regimes for creating the extremist threat of ISIS; further, he believes the only way to defeat this threat in Syria is to create a “genuinely broad international coalition against terrorism” to do the job (he’s already formed one with Syria, Iran, and—most surprisingly, Iraq). Far from wanting the Bashar al-Assad regime in Syria to crumble and exit, Putin advocates for supporting Assad, saying “No one but Assad’s armed forces and the Kurdish militias are truly fighting ISIS and other terrorists in Syria.”  Assad’s brutality against his own people—a counterpoint Obama raised—is apparently not on Putin’s radar screen.

This leaves us to wonder whether the U.S. will be forced by geopolitical agreements, relations and/or self-interest to join forces with the unlikely alliance Putin has mustered against ISIS in Syria. Apparently, the idea of a “managed transition” for the Assad regime is gaining traction with Obama, Secretary of State Kerry and others, but can this “broad alliance” really achieve the same goal (defeating a common enemy) without agreeing on what caused the problem and what the solutions are? Been there, done that…it resulted in a 45-year Cold War.

There was wild speculation online about the other issues Putin would raise in his U.N. speech today—even inspiring a “Bingo Card” by Washington Post online, which laid out 25 likely concerns and a short discussion of each. Such intense Russia/Putin-watching certainly feels like a throwback to the Cold War, and deservedly so. Significantly, on Putin’s wish list is a “new Yalta” agreement (the 70th anniversary of the original agreement happened this past February) that would update Russia’s sphere of influence more to Putin’s liking.  Such an agreement—especially as a means of distributing the “spoils” of a joint war against ISIS—would beat the gong of history indeed, reverberating all the way back to 1945 when the Soviets gained control of Eastern Europe and cemented the expansive boundaries of the Soviet Union. If the Yalta Conference taught us anything, it’s that waging a war with an “odd bedfellows” alliance—even one against a heinous common enemy such as Hitler—recalibrates the global balance of power.

So, astrologers have to wonder where all this is headed, and although the scope of this question exceeds my reach here, there are some accessible points to ponder. For instance, is it any coincidence that all these issues are welling up in global geopolitics now, on the heels of a “supermoon” lunar eclipse?  Probably not. Are there cyclical (as in planetary cycles) dynamics in play at this time that makes a “new Yalta” astrologically conceivable? Very possibly. To explore these questions, let’s start with the Yalta chart, and then consider that chart with the supermoon eclipse chart (Yalta chart set for noon; see inner wheel, biwheel below):

·      Yalta chart Air grand trine: Mercury in Aquarius-Uranus in Gemini-Chiron & Neptune in Libra. Amazingly, this hard-nosed trine features Mercury in mutual reception with Uranus (a bit wide, but seems allowable considering the bigger aspect), suggesting the rapid, perhaps overwhelming deployment of ideas, ideology and power. The cerebral nature of the air grand trine tends to ignore the human costs at stake; we see that with the wound of cosmic proportions (Chiron-Neptune) that was inflicted by the fragmenting of east and west Europe, the parceling out of territorial interests to the various stakeholders, and so on (more below). As positive as the war’s end was for the world, the ideas/ideologies swirling about during this conference were heavy on charm (and hot air!) and laced with double dealing; the cooperation inherent in the trine soon became a precarious stand-off of global proportions.

·      Yalta Pluto in Leo opposes Mercury in Aquarius, creating one of TWO “Kite” formations out of the grand trine (see next point for the second Kite)—the dynamic Us v. Them of the Cold War and the Faustian entanglement (MAD-mutually-assured destruction) created by the still fresh unleashing of “The Atom Bomb” (Mercury-Uranus-Pluto) were seeded here. The world psyche was painfully “split,” right along with the atom (Neptune-Chiron).

·      Yalta Venus in Aries trines Pluto, opposes Chiron-Neptune and disposes Libra; Venus also sextiles Mercury and Uranus, forming Kite #2; this speaks to the global balance of power and the intense financial interests driving the Yalta agreement. With Mars in Capricorn disposing this militant Venus, we can see how the military-industrial complex (as Eisenhower warned) would produce untold fortunes and influence (Venus trine Pluto) and energize relations between the Yalta signers going forward.

·      Yalta Mars in Capricorn trines Jupiter in Virgo. The powerful, expansive nature of post-WWII defense industries, the military occupation of the territories doled out, and the persistence of military conscription is assured here.

·      Cardinal T-square: Venus opposite Chiron-Neptune, all square Saturn in Cancer. This speaks to the human costs of the war that was ending; population displacements (including the flight of Jews to Palestine) and a deep economic depression gripped Europe for years, resulting in relief efforts such as the Marshall Plan and others. Instability and chaos (Saturn-Neptune) provided a pretext for totalitarianism on the Eastern front and for a return to pre-war social structures elsewhere (Capricorn opposite Saturn in Cancer - men reoccupying jobs that women performed in their absence, etc.).

·      Yalta Saturn in Cancer inconjunct Mercury in Aquarius. This Mercury draws upon the energies of Uranus through their mutual reception (see above), reflecting the science underlying the “arms race” of the period; this aspect evokes the ways in which that competition clashed with human needs.

It’s not hard to see the geopolitical “Pandora’s Box” that was opened in the wake of the Yalta agreement. The question now remains: In keeping with Putin’s desire for a “new Yalta,” is roughly the same cast of national players—this time united by a common desire to defeat ISIS—revisiting the energies unleashed in this chart? If so, what planetary cycles are involved and what can we glean from those? Let’s consider how the September 28th “Supermoon” lunar eclipse chart interacts with the Yalta chart (see outer ring, biwheel below):

·      Eclipse Sun-Moon (Libra-Aries) conjoin the Yalta Chiron-Neptune to Venus axis; Eclipse ruler Venus in Leo opposes Yalta Sun. Clearly, this “supermoon” is providing an opportune moment for the Yalta agreement to resurface in our collective consciousness; a great deal of financial power and political influence is at stake in this configuration.

·      Eclipse Saturn in Sagittarius sextiles Yalta Mercury in Aquarius and Yalta Chiron-Neptune in Libra,  to form the 6th sextile of a rare Grand Sextile (Hexagram) interchart aspect. The sheer magnitude of a joint military campaign against ISIS (and its likely spin-offs in global anti-extremist efforts) is represented by this configuration, but Saturn’s key role in completing the configuration reflects the dangers of exceeding strategic and ideological limits (Sagittarius). The possibilities Putin is likely seeing for Russia’s restored “superpower” status can also be seen here—the opportunities (sextiles) are beckoning. (More on how this eclipse chart interacts with the charts of Putin and Russia another day).

·      Eclipse Saturn in Sagittarius squares Eclipse Neptune in Pisces; Eclipse Neptune opposes Eclipse Jupiter in Virgo and both square Yalta Uranus in Gemini. Here we can see the fundamental disconnect: should the “broad international coalition” Putin envisions pursue ISIS with Assad in power, or after he’s been removed? Both the strategic reservations and the ideological differences expressed by Obama and Putin are represented here. Putin appears to have certain goals for the situation he’s set in motion and he’s less squeamish about “dancing with the devil” to get there; it’s less clear what the U.S. and other allies stand to gain from another round of “boots on the ground” in the Middle East, especially if undertaken on Putin’s terms. The square phase of Saturn-Neptune can be a treacherous time for action, but the public is likely to be malleable. Jupiter’s recurring presence in Virgo (military) opposite Neptune, both T-squaring Yalta Uranus reflects the violent stress the situation will impose upon the masses, the environment (through the war-time exploitation of natural resources for technology) and the “common good.”

·      Eclipse Uranus in Aries trines Eclipse Venus and squares Eclipse Pluto in Capricorn; Eclipse Uranus sextiles Yalta Sun. The tech industries will be buzzing; chaos, unrest and social breakdown (square to Pluto) has its upside in “crisis capitalism.” By timing his move to form a coalition now, Putin may be able to leverage the Uranus-Sun sextile and inject new life into the Yalta agreement. This belligerent, cardinal Uranus-Pluto square cycle is slowly separating, but the timing is apt when viewed against Putin’s chart and the Russian Federation’s chart. More to come on that.

Needless to say, Putin inspires no trust on Capitol Hill, probably for good reason. On a lighter note, Donald Trump claims he could get along very well with the Russian leader. Perhaps a tour of Trump Towers is more appropriate than Disneyland? 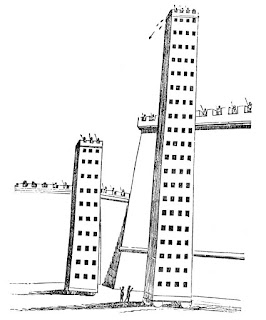 Posted by Raye Robertson at 11:42 AM No comments: