So, is Donald Trump a fascist or isn’t he? …that seems to be the question roiling so many in the media (and on social media) these days. It’s a question we should all want answered, too—his persistent base of support will impact the 2016 election, one way or another. Mundane astrology can lend insights that elude other analysts, so even though we probably all have better things to do this time of year, let’s take a look at this quandary.

To lay a bit of groundwork for the discussion, I’d like to offer the following from history professors Federico Filchenstein and Pablo Piccato, writing for the New York Times: Concise and exactly on target (IMHO), they point to the strength of Trump’s support with people who would probably not consider him a fascist, but who nevertheless “like his anti-democratic way of playing democratic politics.” They go on to say:

For them, he represents antipolitics: their idea is that Trump transcends politics as usual. They support his statements not only for their contents but also because of their populist style. Trump’s followers believe in his self-presentation as a lonely hero of the people who is fighting the political elite. Their dislike for existing politics fuels their apathy toward Trump’s extremism.

The professors then briefly draw what they see as the parallels between Trump’s behavior and policies and those of the prototypical “fascist leader:”

In a context very different to our own, fascists used this sense [dislike for existing politics] to provide an authoritarian answer to collective concerns. The true fascist leader did not have to explain his policies: he was a man of action who could do no wrong. He was followed because he was believed to represent what an entire people wanted. Most voters often supported fascists despite their most extreme views because they believed in their talk of order, economic improvement and national uniformity.

It makes perfect sense—who wouldn’t want a “man of action who could do no wrong” leading the country to “economic improvement?” Under the current threat level, that sounds perfectly reasonable—but the “national uniformity” aspect of the fascist agenda is where post-World-War II American politics usually draws the line. Donald Trump has decided to storm over that line, however, and according to the writers, there’s a good reason his support only seems to grow the more outrageous he becomes:

Trump’s followers want a country that looks, believes, talks, eats and drinks the same. They want to go back to a country without diversity, which never existed except in the reactionary images of the past. This idea derives from a longstanding fear of difference and nationalism that in Europe caused much destruction. Against a meaningful democracy where all people who are living in the country can participate, Trump’s supporters want a similarly reduced version of America.

As in the 1930s, when Hitler’s supporters bought into the fear-driven idea that the “Others” in their midst were to blame for the hardships they were experiencing, so it is today. Hence the Trump enigma. So, would a Trump presidency be likely to repeat fascist history on American soil? Let’s consider what astrology can tell us, using the example of Hitler’s dictatorship as a basis for comparison (triwheel below). Inner wheel: the USA Sibly chart (to establish today’s political context); Middle wheel: Hitler’s dictatorship (“Fuehrer” title official August 19, 1934, cast for noon in Berlin, Germany); Outer wheel: Donald Trump’s natal chart (AA: BC/BR). Please see an earlier post here, from 9/22/2015 for more on Trump’s relationship with the Sibly chart (and hence his viability as a presidential candidate).

Trump’s Sun-Moon (Sagittarius-Gemini) stretches across the Sibly 1/7 axis, exactly opposing/conjoining Sibly Mars (21°+Gemini) and t-squaring Sibly Neptune (22°+Virgo). Trump’s Uranus-0-Node (17°-20°+Gemini) ties into the whole configuration via conjunction with his Sun. Military adventurism (Mars) and delusions of “exceptionalism” (Neptune) are joined at the hip in American history, forming the basis for our “American Dream” national ideology, and Trump taps into that “Dream” exceptionally well with his tough “anything goes” rhetoric (Mercury disposed Uranus) and ego-driven sense of destiny (Sun-0-Node). His laser focus on security issues is driven by his Cancer Mercury, also disposing his Gemini Sun and trigger-happy Uranus. His claims that he is not a bigot—“I love everybody”—despite great evidence to the contrary, is probably related to his sociable Jupiter in Libra, disposing his “say-it-like-he-sees-it” Sagittarian Moon.

This completes the fluid Sun-Moon-Mercury circuit that keeps Trump’s name in the media as the perceived “champion” of security issues, a cause that is helped tremendously by his Mercury falling at the Sibly chart’s exact Venus-Sun midpoint, encompassing Sibly Jupiter in the process. Simply put, he has staked out a claim as being the mouthpiece (Mercury/Gemini Sun) for American security issues at this juncture. Everyone else sounds “weak” by comparison.

Trump’s Sun-Node-Uranus trines his Jupiter (Gemini-Libra); Trump’s Jupiter conjoins Sibly Saturn and squares Sibly Sun (Cancer)—it also conjoins Hitler’s Dictatorship Jupiter (19°+Libra). Trump’s natal Gemini stellium-120-Jupiter speaks to his charisma and ability to defy political “gravity”—the more extreme he is perceived to be, the more attention he gets, which further fuels his extremism. The inability of the President and other members of Congress (including current presidential candidates) to effectively challenge Trump’s popularity can also be seen here. By tapping into the nation’s Sun-90-Saturn with his Jupiter-Gemini stellium trine, Trump simply “trumps” both the Executive and Legislative branches. With Trump’s Gemini points (especially Uranus) conjoined Sibly Mars, an extreme manifestation of this configuration would be an all out “coup d’etat.”

Das Fuehrer
As the interchart connections suggest, Hitler’s dictatorship benefited from similar social/political momentum—seen in its 1934 Jupiter trine with a powerful Saturn in Aquarius. This trine represented the culmination of Hitler’s aggressive consolidation of political power in Germany (from his appointment as German Chancellor on January 30, 1933 to the Parliament’s merging of German Chancellor and President positions on August 19, 1934, giving Hitler the title of “Fuehrer”), and it represented the readiness (trine) of the society (Jupiter-Saturn) to accept his leadership!
Not surprisingly, several expert mundane astrologers (including Barbault, Baigent, Campion and Harvey) point to a correlation between strong Saturn-Uranus connections (especially strong in Aquarius) and right-wing, authoritarian “politics of Order.” As for Jupiter’s role, the social perception of growth opportunities is reflected in its placement. The Libran echo between Hitler’s time and our own, as embodied in Trump’s candidacy, points to the troubling ways in which Libran issues such as fairness, equality and law can be used and abused for political ends. We need to be concerned with how this Libran energy plays out, as Jupiter will widely conjoin Trump’s Jupiter from 12°+Libra, supporting Trump’s deep connections to the Sibly chart, on Election Day, 2016. More on this in a future post.

Trump’s Mars (26°+Leo) trines his Sagittarius Moon and sextiles his Gemini stellium, conjoins the Hitler’s Dictatorship Sun (25°+Leo) and opposes the Sibly Moon (27°+Aquarius). The Trump-Dictatorship interchart connection speaks to the “Alpha Male” role in which Trump has cast himself, and we should not take for granted that, if elected, he would defer to the Constitution as the ultimate law of the land. Rather, with Mars-120-Moon, disposed by his powerful Sun-Jupiter trine and the opposition of his Mars and the Sibly Moon, he would simply claim his policies (his Will) reflect the will of the People and proceed to do as he sees fit. Trump’s answer for any criticism is to cite his poll numbers. 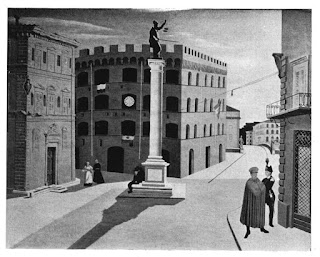 Trump's Mars-Sibly Moon opposition also explains the magnetic attraction his so-called “carnival barker routine” has for such a large percentage of the American public. America has always had a love-hate relationship with monarchy (Leo), but we can be taken in by a tough-talking New Yorker who sounds like he’s stepped right out of a crime drama too. Trump—living his lavish, billionaire-style life in phallic “Towers” named after himself—plays us like a piano.

Trump’s Saturn-0-Venus (23°-25°+Cancer) conjoin Sibly Mercury (24°+Cancer) and oppose Sibly Pluto (27°+Capricorn). These connections fall over the Sibly 2-8 axis, creating a complex web of power dynamics that tap not only into our security issues (heavy cardinal Saturn-Pluto energy), but into “big money” interests (Venus-Pluto) as well.  These connections also speak to Trump’s ability to use the nation’s Mercury “podium” to promote preemptive, exclusionary “build-a-wall” defenses (Saturn in Cancer). In turn, this helps him cultivate the “speak-truth-to-power” narrative that informs his every “tweet.” Positioned as his Venus and Saturn are, it’s also likely that his ambition goes beyond matters of defense: this 2-8 axis stretch also encompasses control of the nation’s resources, and the use of “defense” as a strategy for exploiting the resources of others as well. It gets even more complicated…

Trump’s Venus-Saturn in Cancer sextile Sibly Neptune (22°+Virgo) and conjoin Dictatorship Mars-Pluto (22°-25°+Cancer). It’s worth pointing out that 1934 Pluto fell opposite Sibly Pluto, and with today's transiting Pluto edging its way toward a return to its Sibly position, Pluto might just be trying to tell us something. "What goes around comes around" with Pluto, suggesting we may be seeing a karmic repeating of history. (For more on the Pluto dynamics we need to watch for in the near term, see my posts here from October 10, 13 and 16).

All together, these connections point to how the founding illusions of nations and their repressed “shadows” (Sibly Neptune and Pluto) have a way of resurfacing, and that the worst periods of history are reflected in the charts of would-be “leaders” who catalyze this process.

Bottom line, if Donald Trump is able to co-opt American democracy with a fascist-style agenda, it is because his agenda conjures up this shadow we have long denied. Donald Trump may be the poster child for those who see the inevitable, extreme pole of capitalism (he is a billionaire business man, after all) as being authoritarian, fascist control. One way or another, the pressure to face these national karmic demons will mount as transiting Saturn and Pluto conjoin to start their new cycle in 1/2020, and as Pluto returns to Sibly Pluto’s position between now and 2022, so we “ain’t seen nothin’ yet!” 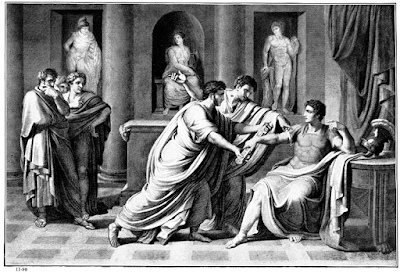 Posted by Raye Robertson at 1:39 PM