On order v. disorder and rivers of humanity: a Uranus-Pluto, Saturn-Neptune saga

Those of us watching both the news and the cosmos these past few years knew the cardinal Uranus-Pluto square was going to be a rough ride, but then Neptune quietly moved into its home sign of Pisces in 2011-12 and the upheavals triggered by that square escalated unimaginably, unleashing, among other things, the deadliest form of ideological extremism we’ve seen since World War II. As we hear almost daily in the news, this development has also unleashed rivers of humanity, seeking refuge—a trend that will likely reach a crescendo during Saturn’s square to Neptune from expansive Sagittarius, the sign of hopeful travelers and religious pilgrims.

A recent BBC News report on the so-called European migrant crisis estimates that in excess of 500,000 people have arrived on the shores of southern Europe during 2015, seeking asylum from desperate conditions in war-torn and chaotic and/or failed nations. Updated projections estimate that another 3 million are expected to follow suit in 2016—not coincidentally, I would argue, as Saturn and Neptune progress through the exact hits of their square and finally separate late that year. See the first exact hit of this square in the chart below:

Neptune t-squares Saturn-Mercury (conjunct) opposite the Moon (Sag-Gemini). The erosion of borders and the “flooding” that results—both literal and figurative—is Neptune’s modus operandi, so Neptune’s position in the 3rd house of transportation as the square begins makes perfect sense in the ongoing current migration crisis. The fatal undermining of people’s local livelihoods, villages, cities and social infrastructures is also covered by 3rd house Neptune.

The Saturn-Mercury (12th house) opposition to the Moon reflects the pressure for people/workers (Moon in 6th ) to flee oppressive, marginalizing situations where they have no voice (Saturn-Mercury 12th house). With Sagittarius we can also see the hope that keeps people moving, despite the obstacles.

1st house Pluto t-squares 4th house Uranus opposite 10th house Mars-Venus midpoint in Libra, perpetuating the aggressive economic and resource-driven power dynamics underlying the migrants’ desperation. Perhaps from Libra, Venus will promote more peaceful, negotiated resolutions to the crisis—especially among the nations of the European Union. As the Uranus-Pluto square separates in late 2017, the violence and social upheaval will hopefully ease.

Doing what the birds, whales and butterflies do...
Humans migrate for the very same reasons birds, whales and butterflies do--survival. As economist Thomas Friedman puts it, “Some very big tectonic plates are moving, and people feel it under their feet. The world is being re-divided into regions of ‘order’ and ‘disorder,’ and for the first time in a long time, we don’t have an answer for all the people flocking to get out of the world of disorder and into the world of order.” This generalized desperation—and the massive, collective scale of the migrations—points to Neptune/Pluto collusion, redefining geopolitical realities on that broadest possible scale.

What does it mean, though, to redefine geopolitical realities? I was reminded of this question today, listening to an NPR discussion between Tom Ashcroft and journalist Attosa Araxia Abrahamian that explored her startling new study entitled Cosmopolites: the Coming of the Global Citizen. The discussion focused largely on how citizenship in a growing number of nations has become a commodity that is no longer attached to nationality or identity; in fact, among the wealthy, building a “portfolio” of passports (the most coveted perk of citizenship, apparently) is routine, and as with all things commercial, the wealthy take priority.

Abrahamian also pointed out how nearly a million children are born every year into nations that refuse to recognize them as citizens, either for religious, ethnic or gender-biased reasons. This renders these people virtually “stateless,” with no access to government health programs, education, and so on. Not surprisingly, many of these stateless people are among the flood of refugees.

Wealthy people moving their money abroad to avoid taxation is nothing new, but Saturn (ever the bureaucrat) squaring Neptune in these mutable, border-challenging signs seems bent on a whole new level of mobility and governmental treatment. According to the NPR discussion, many individuals who seek out multiple citizenships consider life without citizenship-determined borders to be the “new freedom”—the most liberating way to go.

Neptune, strong in its home sign of Pisces, would totally agree, but Saturn in Sagittarius would be less comfortable with this idea. Saturn (not particularly potent in Sag) promotes responsibility, structure and regulations, but Sagittarius would prefer freedom with fewer strings attached. Ruled by Jupiter, Sagittarius is not the strongest administrative sign, but Saturn in this sign could be enticed to ease up on regulations for the sake of profit, which seems to be happening in many cash-strapped countries, willing to sell their citizenships.

The question is, how will this quest for profit and “freedom” ultimately affect the integrity of nation states and all that they represent for the masses of people on this planet? Are such states likely to become a thing of the past (for all practical purposes, anyway) as the priorities of the wealthy and the globalized economy take precedence? Alternatively, will the challenges of combating climate change and its consequences force national governments to cede control to a central, world-wide governing body? In Pisces, Neptune promotes the most borderless, collective vision of humanity and its needs and priorities; in Sagittarius, Saturn challenges this borderless view with a drive to impose order of some kind—preferably religion- or ideology-driven order. We can certainly see the poles of our current U.S. political discourse laid out here.

Migrations in history…
Returning to Neptune in Pisces and its role in the migration issue, we can see that today’s world is the product of numerous massive migrations over time, and the passages have never been easy. One significant period in history that echoes today’s astrological situation is 1845-1852 in Ireland, where more than 1 million people died from the tragic Potato Famine, and a million more fled the country, many to the United States, where they weren’t always welcome or treated kindly. Though we can’t pinpoint an exact inception date for the famine, the chart below shows the planetary picture leading into it in 1845. To appreciate the parallels between that period and today’s migration crisis, we have to consider the transits that unfolded during that 1845-1852 period.

During the Potato Famine, the Saturn-Neptune cycle was also quite active: Neptune crossed from late Aquarius into its home sign of Pisces in 4/1847, where it would be accompanied by Saturn for approximately 3 years (the new cycle between them began in 4/1846 at 27°+ Aquarius). Uranus and Pluto were about to close out their 1710 cycle (which had begun at 29°+Leo) and to begin their new cycle at 29°+Aries in June 1850, marking the end of a roughly 150-year period during which, according to Prof. Patrick Manning’s Migrations in World History (2nd ed., 2013), massive migrations were purposely set in motion around the globe for the sake of industry and empire-building. As Manning puts it, “The changing world economy of the eighteenth and nineteenth centuries brought an expansion in migration for economic purposes: first the forced migration of slaves, then the migration of agricultural and industrial workers with varying degrees of free will.” The Irish were among those with little "free will" at the time.

Perhaps reflecting the earthy nature of famine crises and economy-building, Saturn, Uranus and Pluto would converge within a 4 degree orb from 0°+ to 4°+Taurus in 8/1851. Pluto had entered Taurus just three months prior.

The parallels with today’s desperate migration situation not only include Neptune’s presence in Pisces, but the involvement of a key moment in both the Saturn-Neptune and the Uranus-Pluto cycles, and a convergence of social/outer planets in earth signs (Jupiter in Virgo, Pluto in Capricorn, with Saturn entering Capricorn in 2017 and moving towards a new earth cycle with Pluto beginning in 2020). Without doubt, the world economy is again shifting beneath our feet, in tandem with the displaced populations.

The current Saturn-Neptune square also speaks to the overwhelmingly insecure conditions faced by the migrants. Unfortunately, fear and xenophobia often reign during stressful Saturn-Neptune and Uranus-Pluto transits —for instance, Saturn and Neptune were in and out of conjunction during the Potato Famine (above) and, when Hitler took over the German government with his hateful agenda in March, 1933, they were inconjunct (Aquarius-Virgo). An even more disturbing parallel, Uranus and Pluto were also square in Aries-Cancer at that time.

Neptune—for better or worse—has no patience with walls and borders, literal or figurative, and Saturn tests the quality of our characters. Along these lines, we witnessed the dark side of this duo in Pisces and Sagittarius in our local news this week: it featured a story about a fast-food worker luring (Sag can be very enticing) an elderly homeless man to the restaurant’s take-out window with a sandwich, only to throw water (Pisces) in the man’s face when he reached out to take the food. Thankfully, the video a callous bystander posted (while laughing at the situation) went viral (also Pisces) and the worker was fired.

Bottom line, we can hope that the Saturn-Neptune square will inspire better in humanity: building reasonable, structured compassion into public policies, perhaps?  Whether or not compassion is a quality that can be taught (Saturn in Sag might try) is a story for another day. 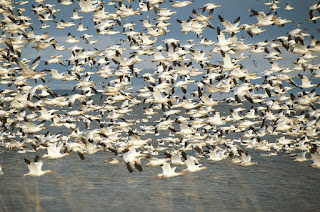 Posted by Raye Robertson at 4:39 PM